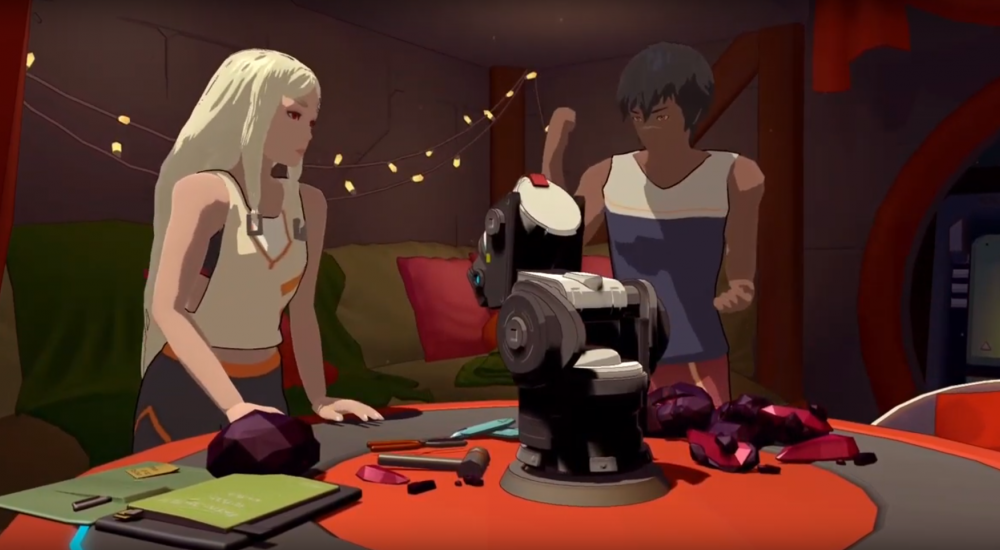 The Game Bakers’ upcoming game, Haven, has received a new trailer displaying the environment and relationship focused gameplay of the two tethered characters. While the trailer may start a bit cheesy, what follows only a few seconds in is a slice of what may end up being a deeply interpersonal game between two characters who are controlled by two players. The game has no set release date, but if you like the trailer below you can keep an eye out for the game’s release on Nintendo Switch, PC and PlayStation 4.

While little has been said about the mechanics and minute-to-minute gameplay of Haven, there’s a strong Journey feeling with the two lead characters exploring a fantastic environment that seems to glow with magical energy. The Game Bakers have described the title as a place that players can, “Share the journey of two lovers, escaped to a lost planet in a desperate attempt to stay together. Play as Yu and Kay, gliding over the grassland of a shattered planet, unraveling its mysteries to find a way to settle for good.” This seems to imply that the game will be geared towards cooperation with a significant other and that would be a great area for games to explore.

What did you think of the trailer? Will you be waiting to take the hand of someone close and dive into Haven, or does the idea of a journey around a relationship seem less authentic? Les us know in the comments below!