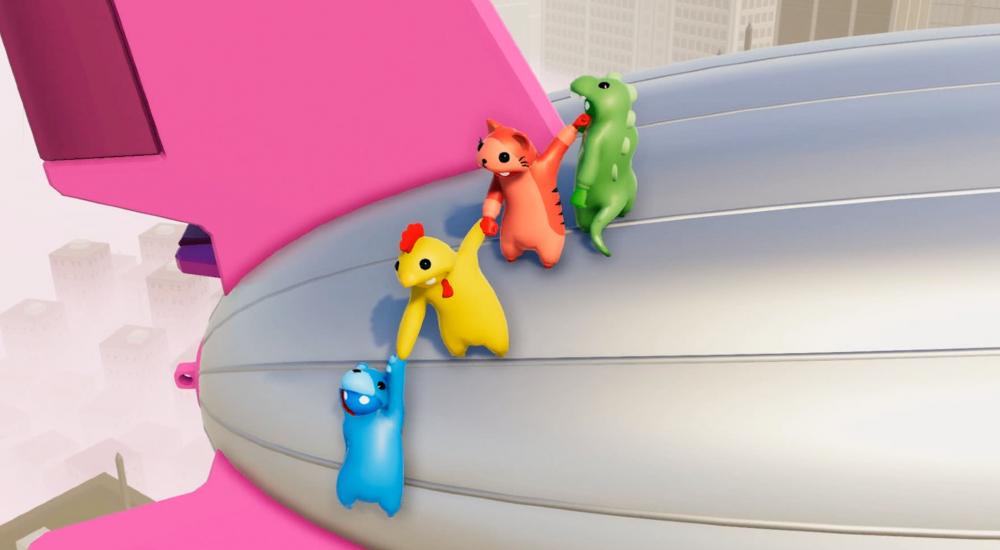 If you and your friends enjoy throwing other friends into traffic, down skyscrapers, off of blimps, and into freezing waters from atop icebergs, but said friends also hate digital games, you and those friends are in luck! Gang Beasts is coming to Xbox One and PlayStation 4 in a physical release (thanks to Skybound Games) on December 3rd, 2019. While pricing has not been announced at this time, the game currently retails digitally at $19.99 across Xbox One, PlayStation 4, and PC. If you have not seen Gang Beasts in action you can do so by checking out the physical release trailer below.

In the video, Gang Beasts self-proclaims its “endless stupidity”, which comes in whether team vs team or the co-op focused wave-based survival mode called “Waves”. In this mode you and your partners fend off waves of bots, knocking as many out of the ring as possible before being swept under the endless waves of foes - good luck!

Have you already spent your time wrestling your friends off of the sides of trains, or now, with the physical edition on the way, is it something you will be adding to your planner? Let us know in the comments below!