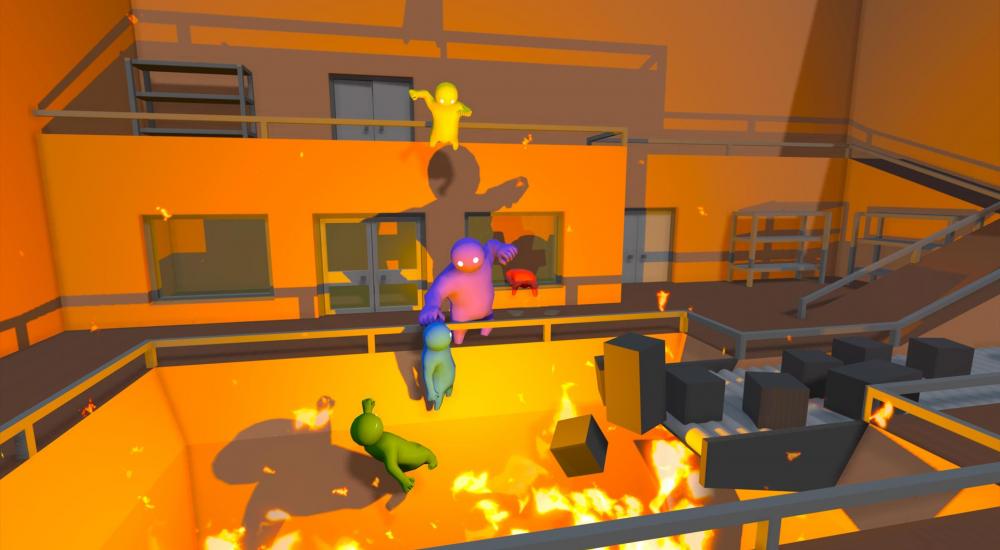 Gang Beasts, one of the most chaotic (and hilarious) multiplayer games around, has lost its publisher.  After a long period of support through the Double Fine Presents label, developer Boneloaf is breaking off to keep their title running on their own.

The split seems to be entirely amicable, as evidenced by Boneloaf's blog post, and it's a relatively natural development given Double Fine's acquisition by Xbox Game Studios.  The blog post also details what lies ahead for the world's wackiest combatants.  As things stand, Boneloaf is planning to push build 1.13 in the near future, which mostly consists of fixes and fine-tuning.  Once that's done, though, they will be working to produce more content in the form of stages and costumes.  All in all, it looks like things will be just fine for Gang Beasts and its fans.

Gang Beasts is primarily known for its "competitive" multiplayer modes, the most popular of which tasks players with tossing their opponents off a stage before the same happens to them.  Fortunately for us co-op fans, that's not the only way to play.  The game's co-op mode, "Waves", lets players work together to take on, you guessed it, waves of A.I. foes.

Gang Beasts is out now on PC, PlayStation 4, and Xbox One.  Up to four online or local players can work together in co-op.