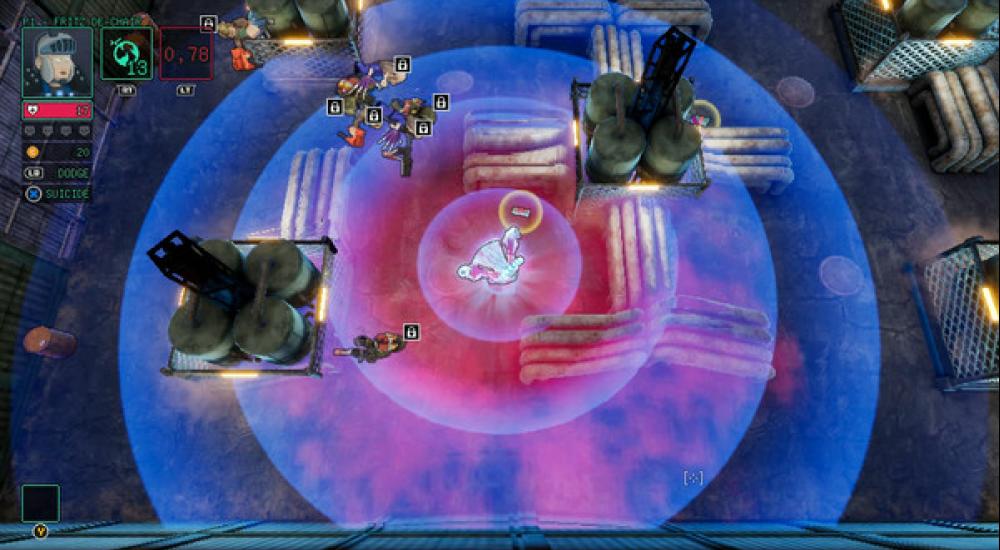 Looking to scratch the twin-stick shooter itch from being inside all the time? Then look no further than HyperParasite, a new action game from Trologbytes Games. The hook? You play as an alien parasite capable of infecting other NPCs and controlling them in a retro 80's meets cyberpunk style setting.

HyperParasite is a two player couch co-op game on PC, Xbox One, Nintendo Switch and PlayStation 4. There are several roguelike aesthetics as well, of the sixty characters to inhabit you'll be collecting their brains for a strange shopkeeper intent on catching them all like Pokemon. The characters you inhabit each have different abilities - whether its as simple as ramming a shopping cart or actually shooting a gun, each has slight differences in feel and control.

I've only dabble a little in the gameplay, and while it feels very fluid and fast, the levels themselves feel a bit hollow. Maybe the puzzle element, or lack there of, just hasn't clicked yet for me. We'll likely be doing a stream at some point checking out the game's couch co-op and seeing how that mixes things up. Be sure to check back soon.

For now you can snag HyperParasite for about $12 on all platforms until it goes back to its normal price of $17.99 on April 18th.