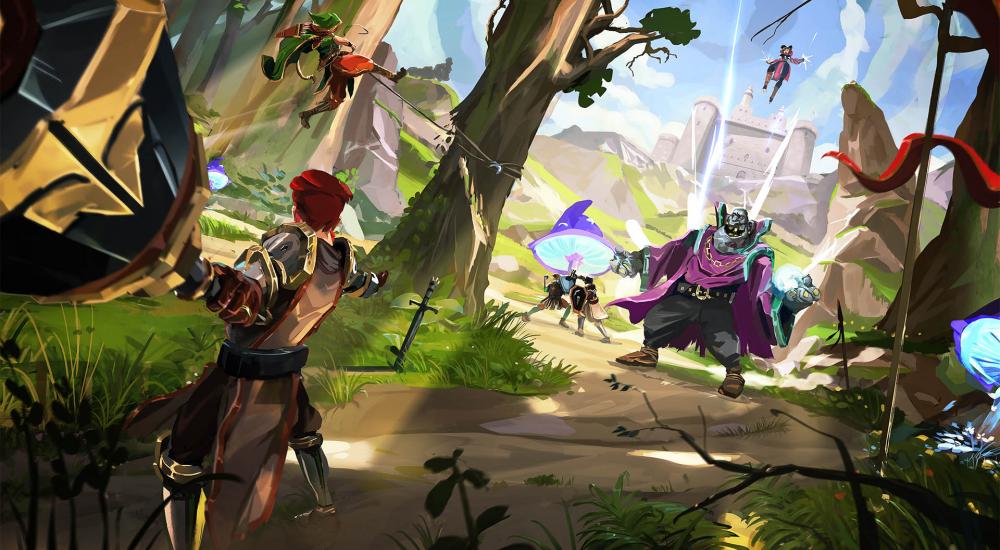 Sometimes it's the simple things that derive the most pleasure, like that of allowing players to rename their characters to something absurd in games. Fort Triumph, a new tactical game from developer CookieByte Entertainment offers so much more though than just randomly generated and edited names.

Fort Triumph is played in two phases. During the overview world phase you'll look for items of interest in the game world, trying to collect magical items and resources to expand your empire via your fort. It's here you'll add buildings, recruit new units, and add upgrades to your army overall.  Also in the world are enemies where you'll be taking on set battles with aptly descriptive help text like "A Small Group of Wizards".  Once you enter these battles the game takes a more XCOM like approach where each character is allotted 3 action points per turn and allowed too move, defend, attack, and support with their team.

While combat is similar with ranged, melee, and magic attacks on enemies via turn based strategy; what sets Fort Triumph apart from other games in the genre is the use of the environment and physics to your advantage. Melee characters can kick rocks and trees at or over enemy players damaging, stunning and possibly creating cover for your teammates. Ranged characters can pull with a grappling hook and magic characters can cast spells to down environment objects as well. It adds a unique twist to the formula that helps keep things fresh and sometimes, just plain silly.

On the co-op side of things players can jump into a skirmish scenario, a large map with many towns to conquer teaming up with friends to do so. Sadly the co-op is a bit light here - there's no shared resource pool or the like, though you do share certain items between the teams. It also wasn't clear if upgrades from one player's fort would impact the other players on the team. All of that said, there's a lot of opportunity here for players to have a blast with co-op - as you can see from our stream we split up duties by character in each battle and really enjoyed ourselves.

Fort Triumph is out now on Steam for $24.99 after an early access period. Co-Op can be played locally or via Remote Play Together.