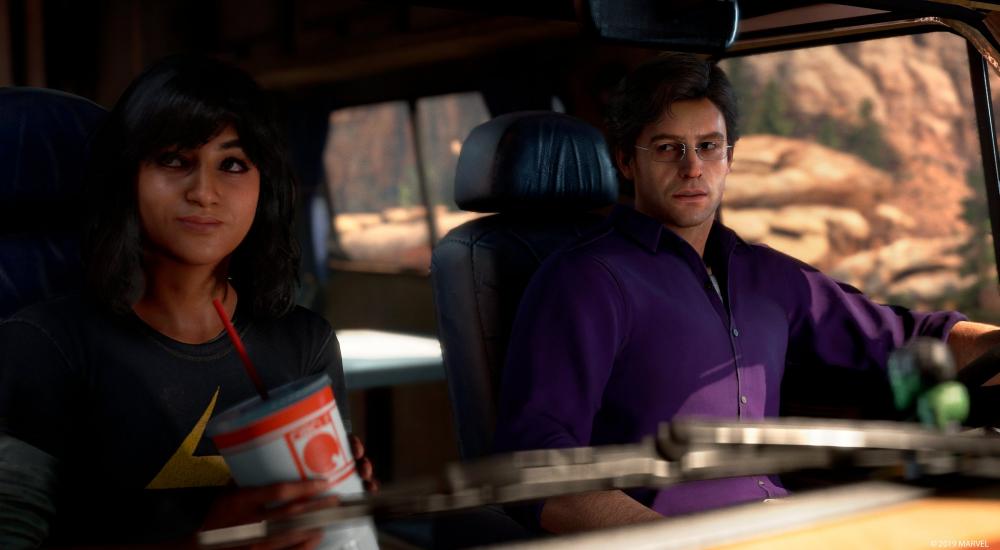 Marvel's Avengers has finally arrived and it is equal parts fun/engaging and a buggy mess prone to crashing. We attempted to play through some of the co-op last night and, after nearly an hour, we finally managed to get all the way through a mission without the game crashing or some other bug cropping up. So... success?

Mike kicks things the stream off with a brutal, but fair, criticism of the state of the game right now. The single-player campaign is good and (mostly) works as intended, but the co-op mode (Avengers Initiative) is broken to the point of being nearly unplayable. That's not a criticism of the gameplay or mechanics, it is an accurate description of the game's performance on the PC (we're unable to comment on PS4 or Xbox performance, though there are problems on those platforms, too). Here is a short list of the issues we've experienced in our playtime thus far:

Of course, these issues are not novel and Crystal Dynamics is doing what it can to address/fix these bugs (and others) as quickly as it can. However, there are other issues with the game that also need to be addressed at some point. The mission selection screen and menus are a bit of a mess, you cannot easily track objectives (i.e., if you're tasked with killing X number of enemies you can only check your progress by going into the menus and finding that objective), there's no mini-map or natural player highlight so you know where your teammates are, loot is instanced per player but players have to run over to pick it up or open chests on their own (just give it to everyone when it drops or the chest is opened), and enemies need to be a little more reactive to getting hit (sorry, but I don't think a robot is going to just shrug off a punch from the Hulk). And yet...

The game is good.

The single-player campaign alone is almost worth the price of admission. The writing/storytelling is really well done along with the voice acting. You'll be introduced to each of the playable characters as the story progresses, thereby giving you a chance to get a feel for each and decide which you want to play more. Once you finish the campaign (or before, if you don't care about spoilers), you can hop into the Avengers Initiative to play a mix of missions that further continue the story of the campaign and missions that are designed to challenge you and your co-op crew. It's tough to say what level of depth/replayability there is to all of that at this point, but I will say that once I started sinking my teeth into each of the six playable characters, I was hooked despite the issues. When Mike and Nick got booted from my game, I was left with three Iron Mans (Mens?), two Captain Americas, and a Hulk. I'll take the better odds in my favor, but definitely not a normal thing.

It's the kind of third-person action game where things start getting good/interesting around the 2 hour-mark (excluding the time spent with the campaign here). Once you've invested enough time to level up a character to get them around Hero Level 25 or so, you're able to play around with more moves and customize them a bit. For instance, Iron Man can use Repulsors, Missiles, or Lasers for his ranged attacks, and each of them can be customized to cause additional effects, like finishing up a melee combo with a delayed explosive missile.

Beyond those kinds of customizations, each character plays and feels how you'd hope/expect that they would. There's a solid "thunk" to hitting an enemy with Mjolnir or Cap's shield; shooting a Synthoid with a bunch of "smart missiles" (and watching them blow up in the background) and immediately turning to fire a repulsor blast at another feels like an iconic Iron Man moment; and there's an undeniable joy to picking up a robot with the Hulk and repeatedly slamming them into the ground. The characters all draw from a similar input pool (i.e., light combos, heavy combos, mix of the two), bur the movesets are different and each one has a different playstyle. While it's not the same as playing with friends, you can play the co-op missions with A.I. bots so you can still get to experience more than just the campaign.

It is difficult to recommend or wholeheartedly praise the co-op given the game's issues. I attempted to play with a friend yesterday and out of the 4 missions we tried to play together, we were only able to actually complete 1 without some kind of crash or other issue. Still, I have hope. I believe Crystal Dynamics will get things stable enough within the next couple months that discussions about other system improvements can begin. I believe that 6 months from now, the biggest discussions around the game will be, "boy, look where it's at now!" I believe these things because the core of the game is solid and fun. And yeah, I probably believe all this because we could do with a few more heroes right now.