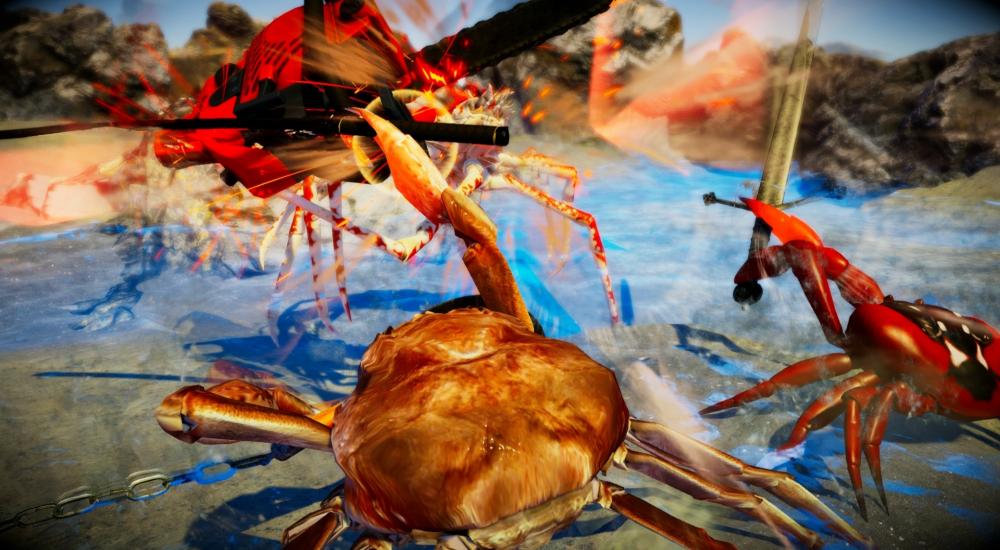 Most of the titles being previewed and released lately have fallen within the parameters of what I expect from a video game.  Orc slaying, kart racing, etc.  Occasionally, though, a game is unearthed that I've never quite seen before and didn't know I wanted.

Fight Crab was one such game.  There's no subtlety at play here - it's a game where you are a crab, and you are fighting other crabs to prove who is the best crab.  Really, though, who needs subtlety when you have such a phenomenally unique premise?  The gameplay hinges on simulated physics, autonomous control of your crab's limbs, and a wide array of weaponry.  To win, you'll need to flip the enemy crab on its back, but it's up to you to choose how you'll go about doing so.

While an early access version is currently available on itch.io, Fight Crab's full release is planned for July 30th.  Its campaign, which features over 41 battles, can be played cooperatively, so you can share in crab combat glory with a friend.  Training modes, hard modes, and wave-based modes are also available for you to hone your crustacean prowess.  A demo is currently accessible on Steam, so you may want to check it out for yourself to see if you're up to the challenge.

Fight Crab's co-op will allow two players to work together locally or online.  When it's released, the game will be available on Nintendo Switch and PC.