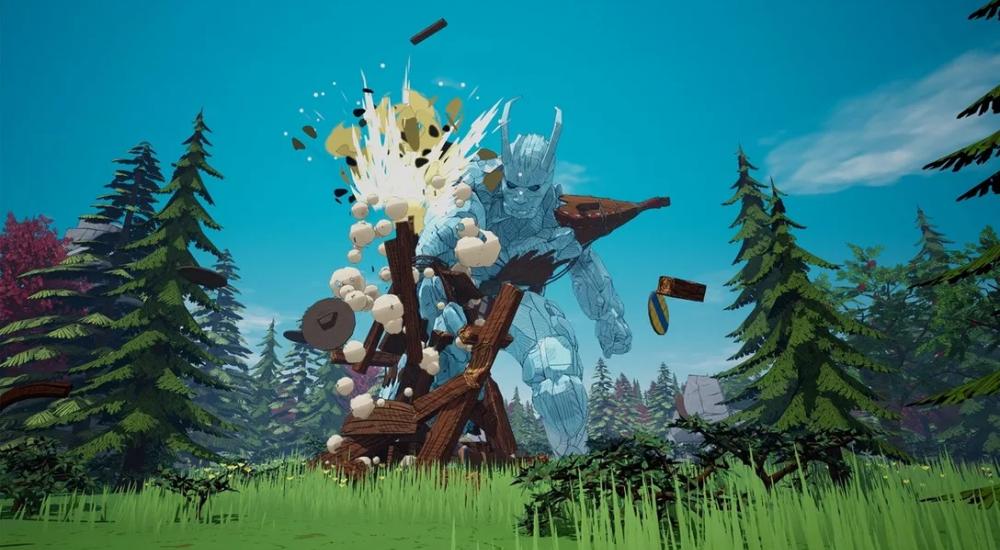 Tribes of Midgard is a brand new game in which 10 co-op players team of to resist the oncoming invasion of giants during Ragnarök. Set in a fantasy world full of dark creatures, giant and vengeful gods, Tribes of Midgard looks to bring a unique spin to the survival genre.

You play as a Viking living in a village that houses the Seed of Yggdrasil; the last bastion that protects the gods from the other realms. You'll need to work together to scavenge, salvage, collect, and craft items and defenses against large incoming titans.

The gameplay trailer looks like part Diablo, part Strongholds, and part Shadow of the Colossus. Currently Tribes of Midgard is set to release on PlayStation 5 and PC sometime in 2021.