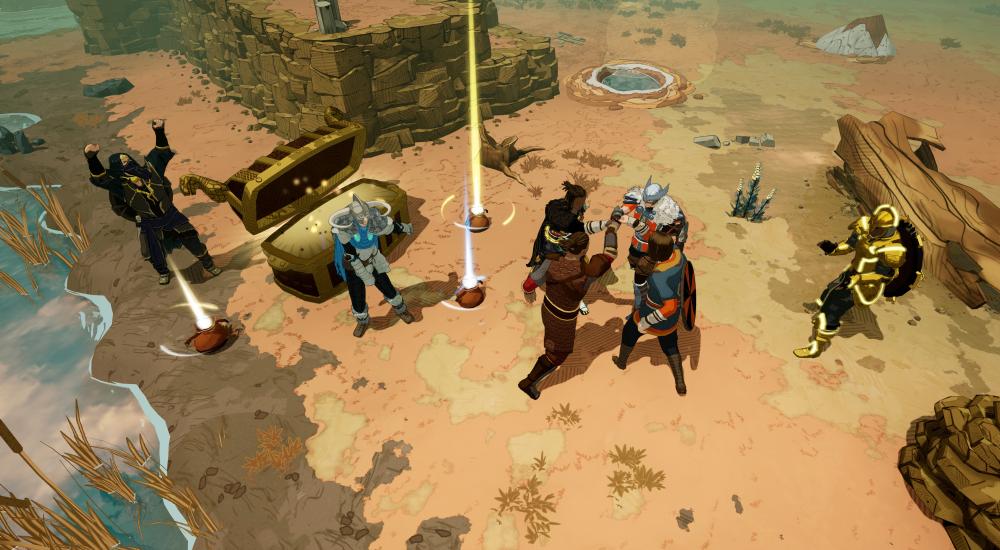 Around this time last year (which only feels like 5 years ago), we heard about a new action-survival game called Tribes of Midgard, which showed players running around a world fighting monsters from Norse legends, collecting materials, and building a home base. The title looked promising - particularly as it supports up to 10 players online - and during this year's Summer Game Fest, we finally got news of an official release date. Fell giants and defend the Seed of Yggdrasil with your buddies on July 27, 2021.

To address the elephant in the room, yes, Valheim absolutely exploded onto the scene this past year and so seeing a game about vikings that are crafting/building things makes it very easy to say "oh hey, these two things are the same!" However, it's worth highlighting that there are some differences between them.

For starters, Tribes of Midgard has a little more focus on the RPG side of things with 8 different character classes with different abilities, including magic. Additionally, whereas the crafting aspects of Valheim were equal parts progression and "look at this replica of the Eiffel Tower I made," your home base in Tribes will not only serve as a means of crafting better gear for you and your buddies, but it will also be the primary defense against the waves of enemies that spawn each night to assault the Seed of Yggdrasil.