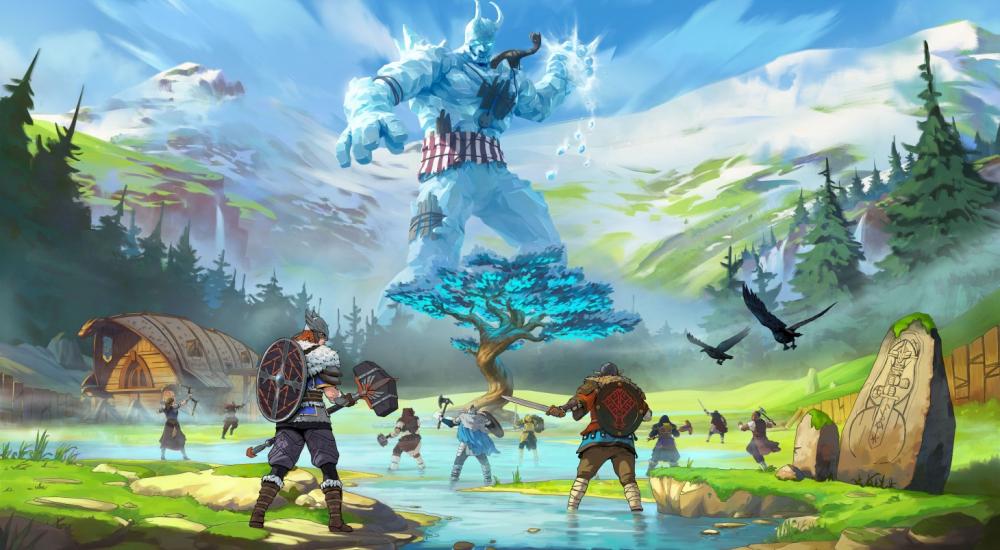 The crew dove into a Viking world for their normal Monday evening Twitch streams this week. Did you tune in? If not you missed out on some great action and horrible Viking impressions. Thankfully we are nice people and have decided to post the recap of Tribes of Midgard for you below.

Tribes of Midgard is one part Don't Starve Together, one part Valheim, and a splash of Drake Hallow. You start in the center of your village are immediately asked to go collect sticks, rocks, and other basic material to start crafting tools and weapons. The further you get from your village, the more rare the materials seem to be. Quickly you'll have to craft yourself some suitable armor and weapons as there are waves of enemies that attack at night. They remind me a bit of the enemies in Drake Hallow. Fend them off, gather souls to charge up the heart of your base and rinse and repeat.

As time goes on, the enemy waves get harder and harder. To be honest, we haven't gotten very far to see if there's an ultimate goal of survival, and way to win so to speak. The game does scale difficulty based on the number of players but it also feels like four players may just be too few to truly succeed.

It's a pretty standard formula but there are some catches. The first - there are giant bosses that roam the world that will randomly spawn. You'll need to defeat them before they get to your base or you'll be gone in no time. There are also key areas of the map to conquer, camps, that yield plenty of unique materials needed to get to the higher tier gear. Finally there's some light building elements of the game bringing up extra structures for support or helping you navigate the environment quicker.

There's an entire meta game element including a battle pass system that unlocks permanent things like cosmetics and pets. It'll be interesting to see where the seasons aspect of the game goes, as its just season 1, it's tough to know what the differences will be season over season.

All in all we all enjoyed ourselves in Tribes of Midgard, it does enough stuff different to stand out. The art style is pleasing and the controls and combat are really satisfying. At just $20 it's a total deal as well.