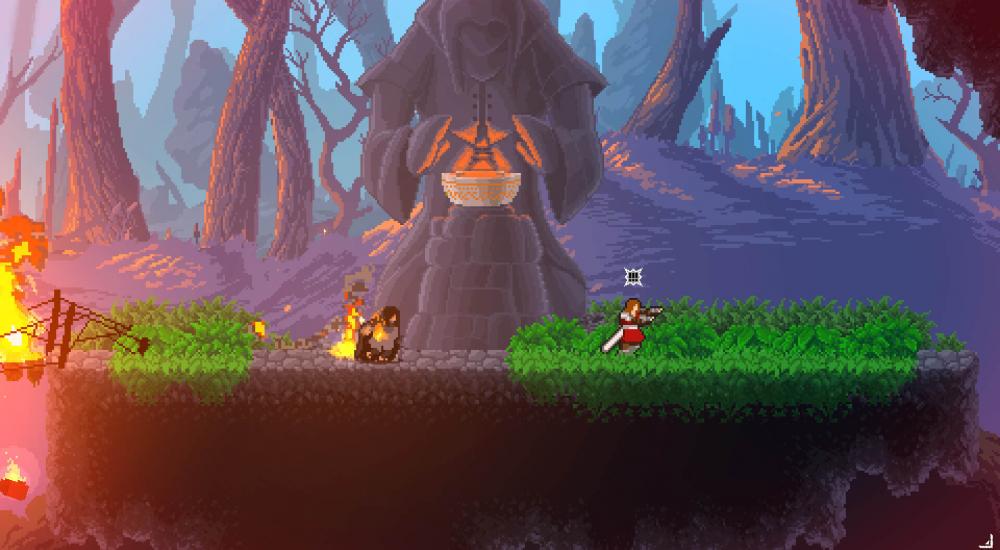 Generally speaking, stealth games are at their best when they present players with problems to solve rather than patterns to memorize.  Ideally, players should be enticed to toy with the environment and test how their actions impact the situation.  Sneaky Bastards' latest game, Wildfire, presents this exact sentiment in a 2D, pixelated aesthetic.

In the world of Wildfire, magic has effectively disappeared, meaning the players' characters are branded as dangerous witches due to their ability to manipulate the elements.  As they attempt to reclaim their home, they'll be hunted by the armies of the evil Arch Duchess, so they'll have to master their elemental powers to avoid capture.  Luckily, this is where the sandbox, mischievous nature of the game comes through.  As you can see in the video below, much of the environment can be toyed with, and clever players will have plenty of ways to overcome obstacles.

Wildfire's two player local co-op allows players to combine their abilities, thus creating all sorts of options for evading, defeating, or toying with enemies.  While it's certainly not as dense, mechanically speaking, as Divinity: Original Sin, the playfulness of the gameplay is very reminiscent of that co-op RPG darling.  If it comes close to reaching those heights, it should be quite the experience.

Wildfire is out now on PC.  As you might expect for a PC title, local co-op requires at least one player to use a gamepad.