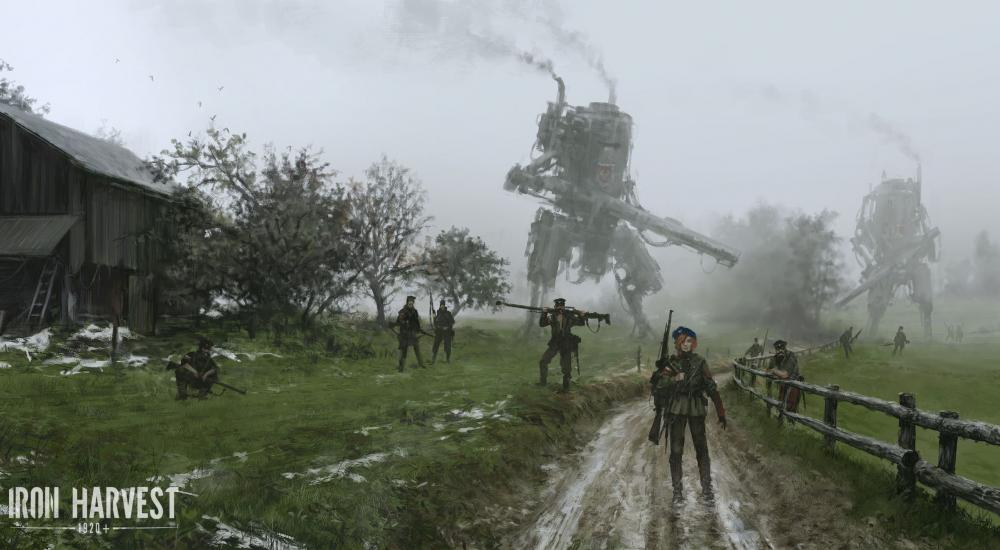 At the dawn of the 20th century shortly after the end of World War I, the world is full of secrets and mysteries, of opportunities and challenges. Tradition clashes with scientific and technological progress while Europe is recovering from the brutal battles of the first World War.

Iron Harvest tells an epic, overarching story following three factions and their protagonists. Each faction offers different tactical advantages in the intense strategic battles. This not only allows for an involving story spanning three separate campaigns with 20 missions, but also guarantees deep tactical multiplayer experiences in which strategy beats clicks-per-second every time. Additional skirmish and challenge maps allow players to challenge the AI alone or in co-op with a friend.

The "pre-season" kicks off June 30th via a free open beta on Steam. While the focus of the beta is more the PvP content and to get at taste of hte single player story, there will be some of the co-op challenge maps available to play for you and a friend.

Check out the trailer below and get hyped.