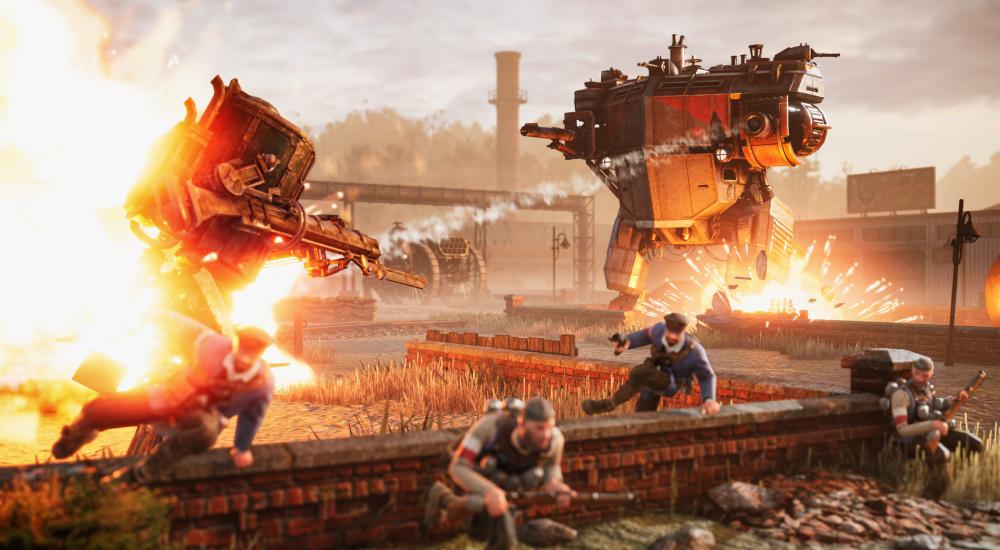 This week for our normal Monday Night Co-Op Stream we dove into the action strategy game Iron Harvest from developer King Art. In the game you are dropped into an alternate history set in a fictional Eastern European during the 1920s. Through the games three campaigns you'll experience a variety of viewpoints of the war and take on the role of three distinct heroes.

Iron Harvest has a lot  in common with a game like Company of Heroes or Dawn of War 2. There is less focus on resource management or base building like in a traditional RTS, instead it's on utilizing cover and tactics to defeat your enemies. What this usually means is each mission is more like a puzzle to solve than a straight of KPS fest.

The missions we've played so far have been challenging and intense, and definitely a lot of fun. The animations on the units both big and small are incredibly detailed and help bring the world to life. One key feature we really liked is that enemy units and crates will contain weapon kits that you can pick up with a squad of your troops converting them from one role to another. For instance if you see a few mechs on the horizon, it's probably best to grab some heavy artillery to use to take them on. Finished with the mechs and onto infantry? Switch off to a group of heavy gunners.

Of course our favorite units are the heroes themselves which all feature an animal counterpart. There's nothing more satisfying than seeing your war bear go up against a group of enemies and toss them around or better yet...take on a mech and win.

On the co-op side of things the entire game is playable in two player online co-op, with players splitting up the units on the screen with no limitation on who can interact with what. Our sessions together went off without a hitch.

All in all we recommend Iron Harvest for folks looking for an RTS experience based on tactics and gameplay more so than base building. The game is out now on PC but will be available on Xbox One and PS4 next year.