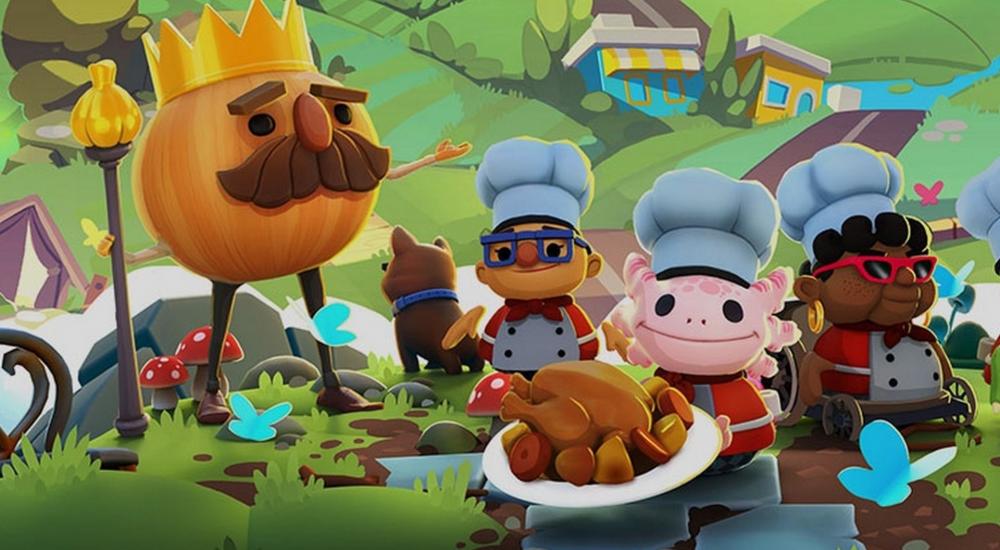 "Gosh," you must be thinking, "these new consoles look pretty fancy, but their lineups offer frighteningly few reasons to yell at my friends over a sushi roll."  Fear not, poor soul, for Team17 and Ghost Town Games have you covered.  Their hit co-op games, Overcooked! and Overcooked! 2, are being combined into one big, fancy package for both PlayStation 5 and Xbox Series X.

Overcooked! All You Can Eat will blend together every single bit of content from both titles, including DLC, meaning you'll probably have more short-order madness than you'll know what to do with.  The resulting feast will feature over two hundred levels (including seven brand new ones), three new chefs, better load times, and that 4K/60FPS gameplay that's all the rage right now.

On top of that, the original Overcooked! levels have been rebuilt using the more up-to-date Overcooked! 2 engine, so online co-op and cross-platform multiplayer will be available no matter which stage you're trying to beat.

The development team has also added some very welcome assist and accessibility features.  Assist options will include slower recipe timers and longer stage timers, and the accessibility functions allow players to scale the UI size, use a dyslexic-friendly text, and toggle options for color blindness, among other things.  In total, it should be a great way to bring new co-op gamers into the fold.

No release date has been announced as of yet, but Overcooked! All You Can Eat will be available on both PlayStation 5 and Xbox Series X.  Its four player co-op will be playable in both local and online formats, with the online option featuring cross-platform play.  Local and online players can be combined as well.