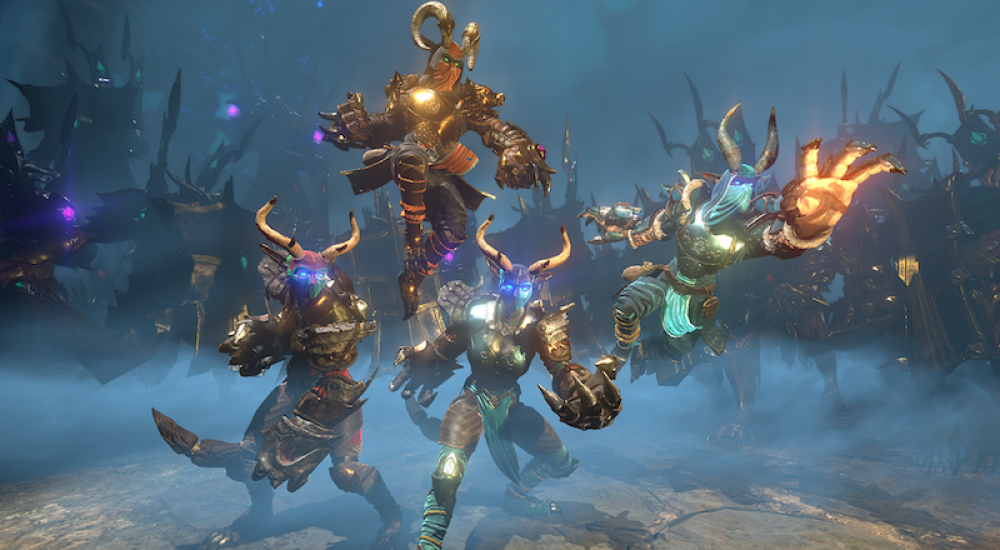 Almighty: Kill Your Gods is a third person action game coming from developer RUNWILD Entertainment about taking down giant god like enemies and looting their corpse for quality merchandise. It seems to be in the same vein as a Monster Hunter like game, but a totally different aesthetic.

The first faction of enemies have been revealed in the latest video, and they are called the Thunderhead Guardians.

These gigantic guardians can be deadly up close with their armoured fists and crushing size, not to mention these lethal giants also come armed with a devastating death beam they fire from a head mounted crystal. Thunderhead Guardians are some of the more fearsome behemoths of Almighty: Kill Your Gods but they are not without their weaknesses, and the bigger they are, the harder they fall..

Of course a game like this wouldn't be complete with co-op play, and Almighty: Kill Your Gods features four player online co-op for seamless dynamic encounters and gameplay.

Almighty: Kill Your Gods doesn't have a release date yet, but it is planned on both Steam, Xbox One and PlayStation 4.