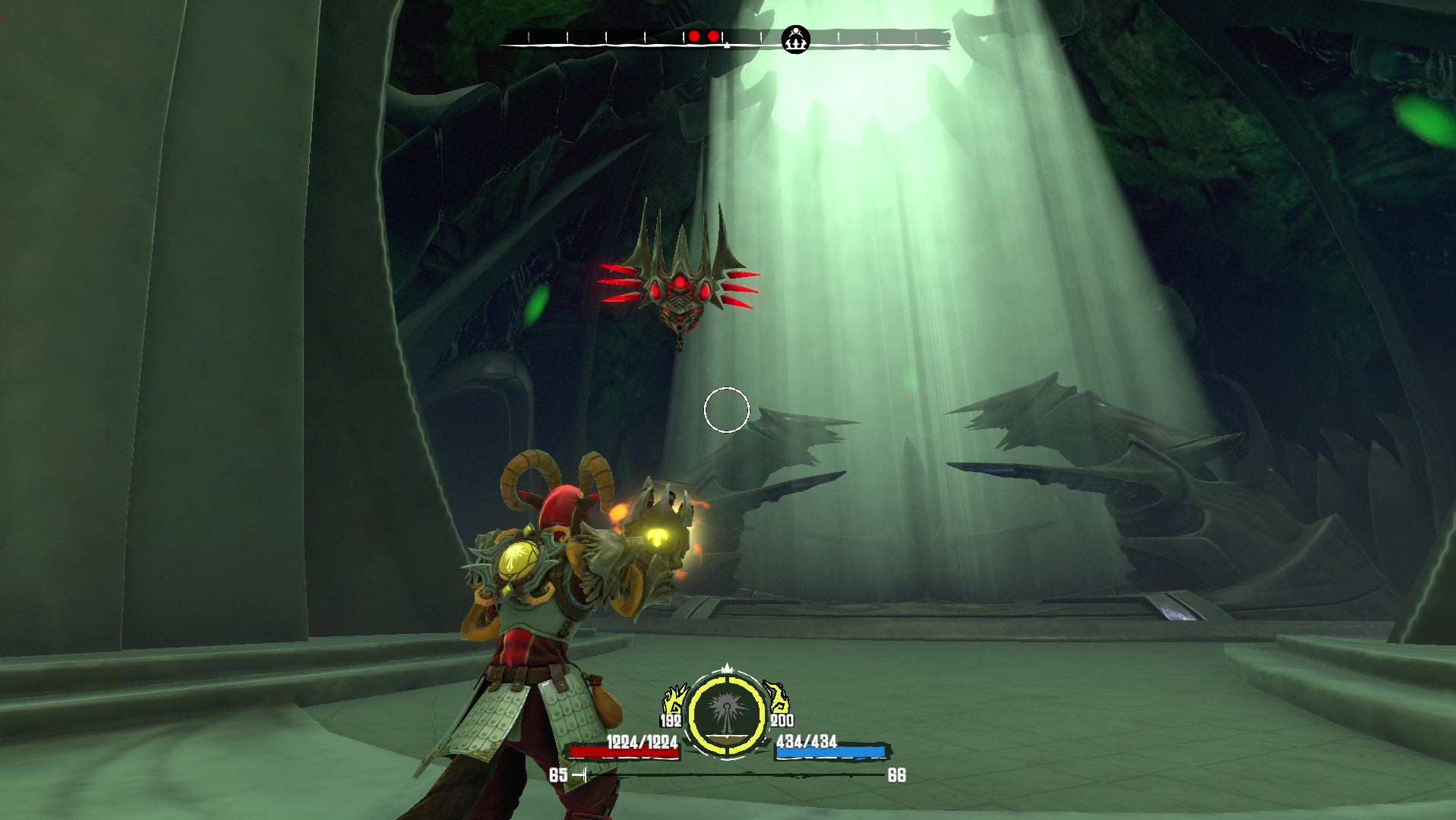 Almighty: Kill Your Gods is an action RPG from Versus Evil and developer RUNWILD Entertainment that launched on Steam Early Access in May. Despite the Early Access tag, the game already features truly impressive (perhaps even Monster Hunter-esque) graphics and online co-op. Almighty just got even mightier thanks to an update that adds a challenging subterranean Hollows realm to explore.

The Hollows is an underground network of "Elder God tunnels, caves, old mine workings and long-forgotten ancient dwellings of the ancestors" that contains valuable loot and crafting materials. To enter the Hollows, players must first reach 'Almighty' level or above and then use a key to enter a portal to the underground. Players then have a limited amount of time to battle and hunt for loot before the portal closes, trapping them inside. I'm genuinely curious about what happens when you get trapped inside...

Dangers of the Hollows include a Thunderhead Guardian enemy who shoots balls of lightning and resists fire magic, Arakka and Feral foes, rivers of lava, and poisonous waste. Players can sometimes rescue friendly Kindred from ancient conversion machines, but the machines will sometimes hold fully converted Lost who are anything but friendly.

More Hollows areas will be added in future updates as the game continues to grow.

Almighty: Kill Your Gods sells for $24.99 on Steam Early Access and features 4-player online co-op. Xbox and PlayStation versions are planned for the future as well.