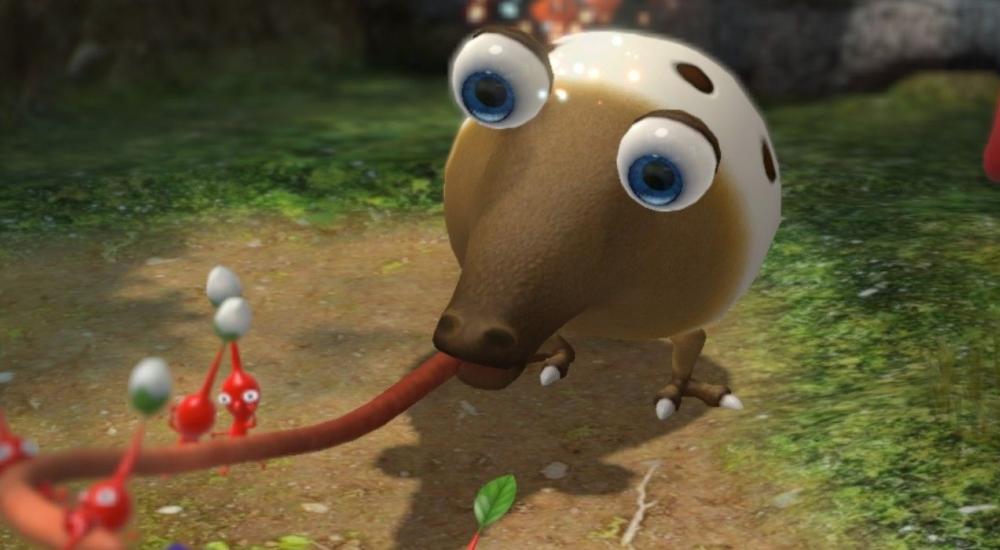 It's been quite some time since Pikmin 3's intrepid captains crash landed on a mysterious planet, but memories of its enjoyable co-op experience have persisted nonetheless.  Thankfully, we won't have to rely on memories (or our old Wii U consoles) much longer, as Pikmin 3 Deluxe is headed to the Nintendo Switch on October 30th of this year.

If you're unfamiliar with the Pikmin franchise, the gameplay revolves around guiding hordes of tiny, adorable creatures (called Pikmin) to conquer foes and solve puzzles.  Previous titles were single player-only affairs, but the third iteration added separate co-op modes that could be enjoyed with a friend.  Luckily, the upcoming deluxe edition is adding two player co-op to the entire campaign, as well as additional side-story missions featuring co-op play.

Ever since Pikmin 3's initial release in 2013, there's been a dearth of Pikmin-related content for fans of the series, with 2017's Hey! Pikmin being the only new title.  While a deluxe edition isn't quite as exciting as a brand new entry, the bonus content and co-op capabilities being added should be enough to satisfy Olimar-heads for at least a little while.

Pikmin 3 Deluxe will be available on the Nintendo Switch family of consoles (so both the regular and Lite versions), and its local co-op gameplay can be enjoyed by two players.  If you'd like to see our review of the original 2013 release, you can do so here.