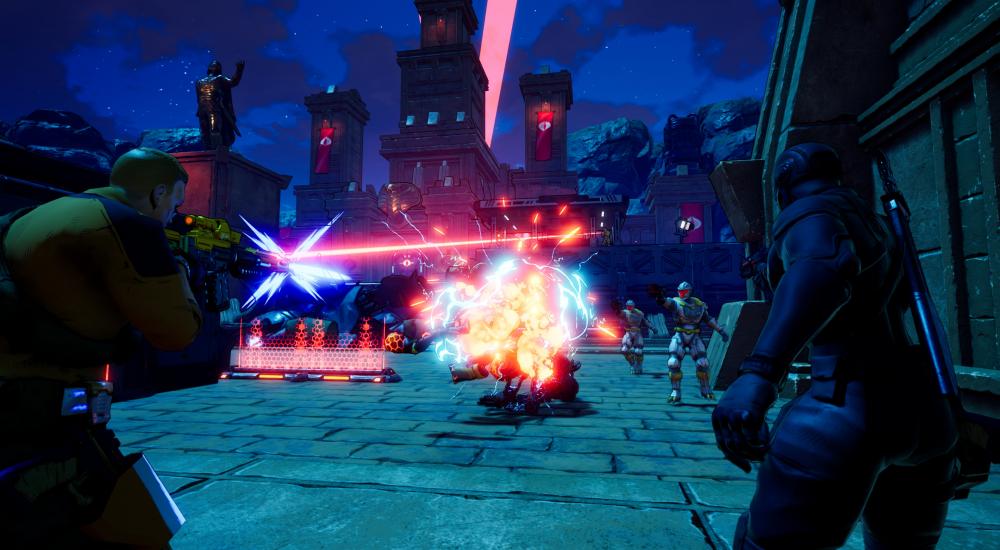 G.I. Joe: Operation Blackout is a new team-based, third-person shooter based on Hasbro’s popular 80's franchise. Play as your favorite heroes and villains from Team Joe and Team Cobra in this stylish shooter coming to PC, Nintendo Switch, PlayStation 4 and Xbox One on Oct. 13, 2020.

The game features visuals that will remind you of Borderlands, with hopefully action that is equal to boot. Two players can team up in split-screen couch co-op play through the campaign. The campaign will take place from both sides of the fight - with missions putting players in the shoes of Joe or Cobra.

G.I. Joe: Operation Blackout features 12 playable characters, including Duke, Snake Eyes, Cobra Commander, Destro, Roadblock, Storm Shadow and more. Each soldier has their own unique powers and can be customized with a variety of weapons and skins. There’s also multiplayer with modes such as Capture the Flag, Assault and King of the Hill.