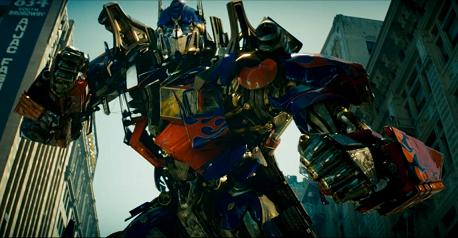 As a huge Transformers fan, I had mixed feelings about the game for the first Transformers movie.  Graphically, it was amazing.  The destructible environments, the transformations, the open world aspects, these were all quite enjoyable.  Unfortunately, the gameplay was horrid, extremely repetitive, and a total mess.  I ask you, how can a game about giant robots that transform into cars and tanks turn out so boring?

It is with much cynicism then, that we report to you the addition of co-op to the game based on the upcoming sequel.  Transformers: Revenge of the Fallen is coming to pretty much all systems this summer, and IGN gives the details of the Wii version, which will "feature" co-op.

Transformers: Revenge of the Fallen will feature a co-op option for two players: similar to what Nintendo did with Super Mario Galaxy and what Electronic Arts is doing for the upcoming Dead Space Extraction, Activision is allowing a second player to jump in with a second Wii remote to target enemies with an optional reticule. There will apparently be a co-op "Arena Mode" for two players.

So, instead of allowing two players to team up as, say, Bumblebee and Optimus Prime, one player can be a giant heavily armed robot from another planet, and the other player gets to be "an optional reticule".  This could be a failure of Wii Call of Duty proportions.  Dare we hope against hope that Arena Mode will be a bit like Gears' Horde Mode?  And what about the 360/PS3 versions?  Only time will tell.  In the meantime, I'm going to rewatch Transformers and see if Billy is hiding in there somewhere.