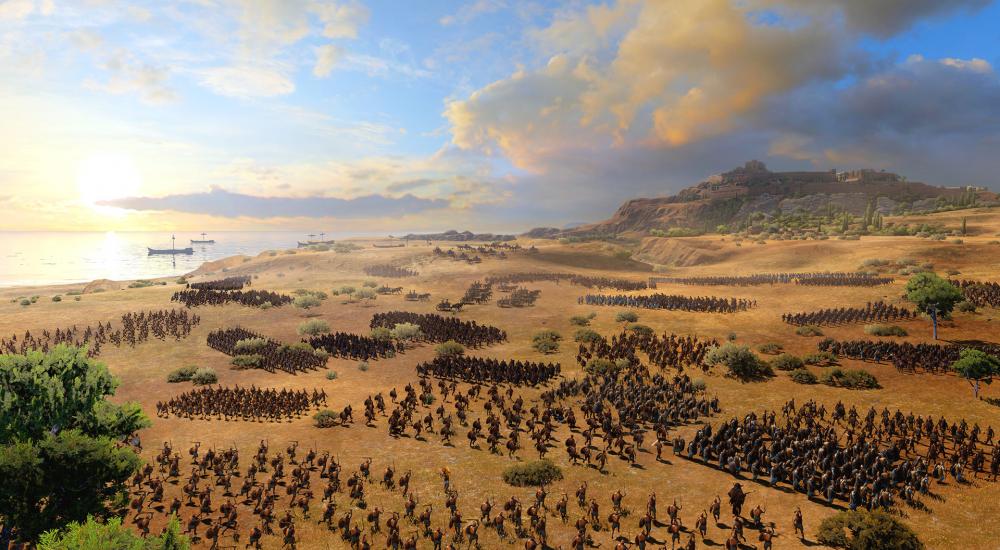 We missed updating folks back in November when A Total War Saga: TROY got a major update that included the ability to play the game's campaign in two player co-op on top of co-op skirmishes. That feature, when launched, was considered beta and not completely finished. As to be expected folks encountered numerous issues.

Creative Assembly, the game's developer, have released a hotfix for the game that addresses a handful of issues, the biggest of which is the desync players were experiencing at the end of their turns.

1. Fixed an issue that resulted in the game appearing as “modded” permanently
2. Fixed an issue with unit compositions becoming stretched and entities stacking on top of each other (spaghetti lines)
3. Fixed a problem with mod loading that prevented mods, that override retail files completely, from loading
4. Fixed a multiplayer desync that occurs during the end-turn sequence
5. Localization updates

The mode still isn't out of beta, but according to the Total War forums the team is continuing to take feedback and work on improvements. Currently A Total War Saga: Troy is an Epic Store exclusive with a release on Steam coming in 2021. Here's the full list of co-op features.