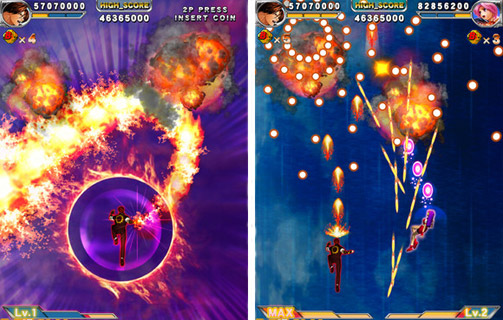 The Xbox Live Arcade is the king of co-op SHMUP titles with games like Aegis Wing, Ikaruga, and R-Type.  So what's another one added to the mix?  This game looks pretty interesting as it's sort of a hybrid game from SNK mixing their popular King of Fighters characters with traditional SHMUP gameplay - crazy bullet fields and all.

The game is currently sporting the title King of Fighters: Sky Stage and from the screenshots appear to support at least two player co-op.  According to the article it should hit the Xbox Live Arcade sometime this year.