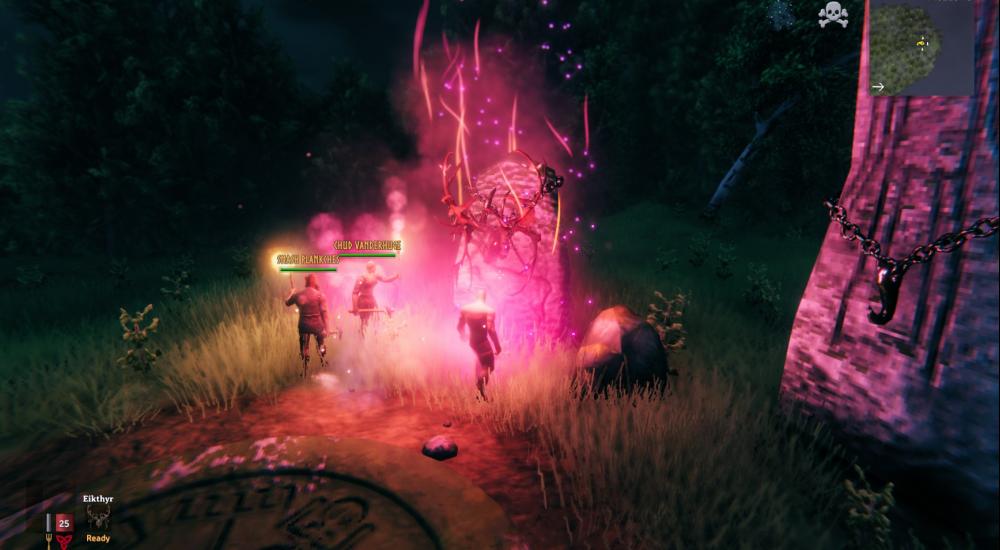 Survival games are all the rage these days, with the trend starting many years ago with Minecraft, we've seen the genre absolutely explode across all gaming platforms. We've had dinosaurs, zombies, and even cannibals as a setting for these games. Now with a new game from developer Iron Gate we have Vikings. It's Valheim an up to 10 player co-op game now in early access on PC.

While the game has just hit, there's a lot to do here. The big hooks for Valheim outside the traditional survival tropes (chop trees, build/upgrade structures) are big. For one you are given a set goal of summoning mythical god like creatures and defeating them. Each of these have set goals you must achieve before you can cast this mythical spell. Second the game is extremely open with the ability to build small villages and even boats as you progress through the world.

Working as a group of three we managed to setup a small camp, accomplish the first few goals, and summon the first boss - all in about an hour or so. The game's leveling system reminds me of an Elder Scrolls game and the graphics while simple, to have a certain style to them that makes the game look really great at times. All in all, we were extremely impressed with what we saw, and for an early access title only a few days old there's a lot of potential.

Valheim is available now on Steam for $20 and features online co-op for up to 10 players.