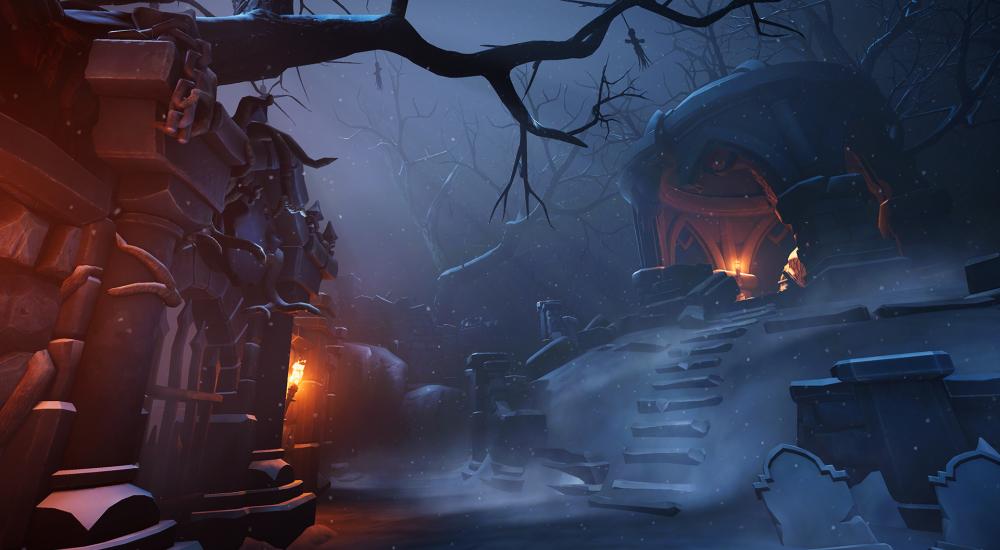 The We Were Here series has gone strongly for several years now and garnered a solid reputation for cooperative head scratching and puzzle solving.  If you feel your walkie talkie finger has been itching since the release of We Were Here Together, then boy howdy, do I have good news for you.

We Were Here Forever, announced for release on consoles and PC, takes players back to Castle Rock to investigate the fate of the abandoned citadel and its antagonistic resident, the Jester.  While the series' prior entry took a step outside of the castle's ruins and ventured into the frozen wastes of Antarctica, Forever takes players back to familiar environs for the most robust, complex puzzles yet.

The hidden information and communication-based obstacles in the We Were Here series may not be everyone's cup of tea, but those who are interested have been met with a wealth of enjoyable content.  Each of the three currently available titles offers several hours of gameplay (or more, depending on how adept you are at puzzle solving).  While a return to the original setting may seem like a step back in terms of scope, I'm hopeful that the gameplay in Forever will more than meet fans' expectations.

We Were Here Forever will be released on PC and both the current and prior generation of Xbox and PlayStation consoles.  If the PlayStation Store page is to be believed, it will arrive on October 12th of this year.  As with previous We Were Here titles, it will offer online co-op for two players.