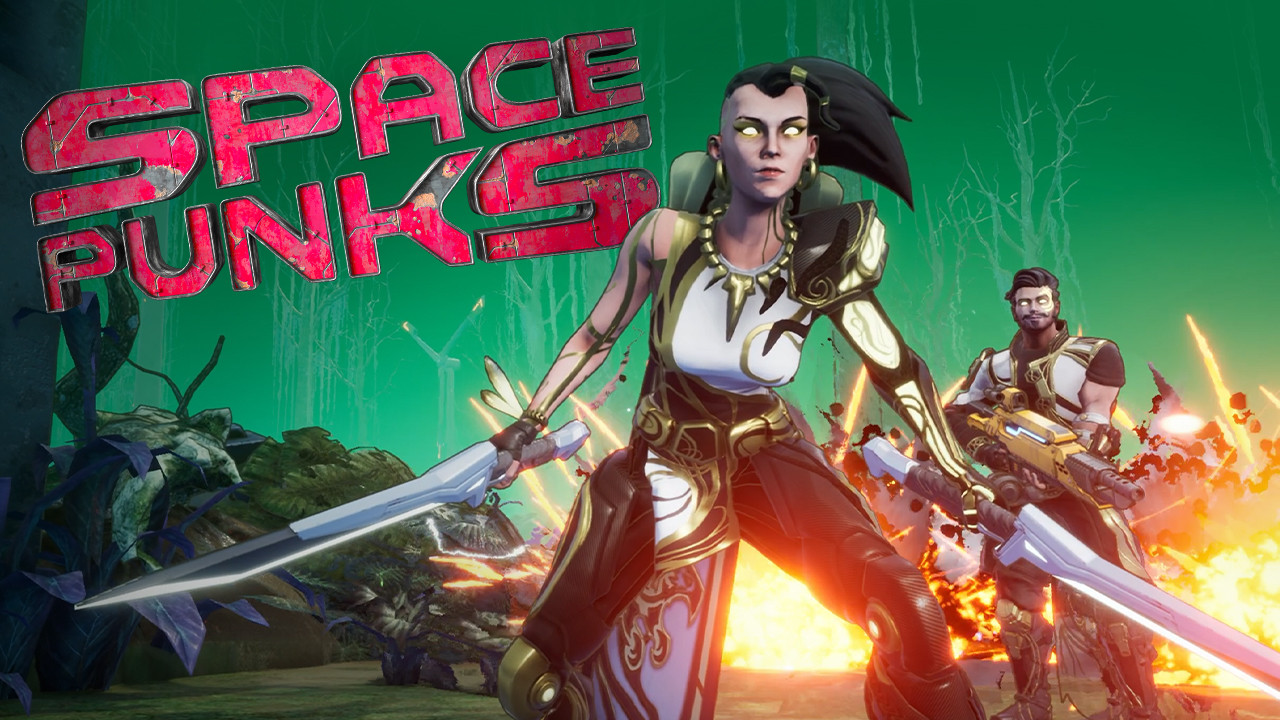 Borderlands is a fantastic "loot shooter" series, but it's also a first-person shooter. What are gamers who can't enjoy FPS games to do? Enter Flying Wild Hog and publisher Jagex, whose new early access co-op game Space Punks looks just like Borderlands but with a third-person perspective. The game is Epic Games Store exclusive but will eventually come to consoles as well. Also, it will probably be free to play at some point.

Space Punks is a 4-player online co-op shooter in which players control a team of "trigger-happy misfits" as they take on missions on a hostile alien world (or worlds). The visual style closely recalls Borderlands, though one of the playable characters is a purple, humanoid pig, and another is a green insect, neither of which would happen in Gearbox's loot shooter series. The bad guys revealed so far consist of robots and aliens, naturally. It looks like Space Punks will eventually launch as a free-to-play game, another aspect that will greatly set this one apart from its closest competitor. For now, Jagex is taking the Fortnite approach by only selling premium bundles at this point in the game's life, with the base, non-bundled game planned for release in the future. Fortnite's 'Save the World' campaign never actually went free to play, frustratingly. Let's hope that doesn't happen here.

Jagex plans for a Space Punks open beta this winter, at which point the game should become free to play. Space Punks will also come to consoles in 2022. As big fans of Borderlands and third-person shooters in general, we're looking forward to it!