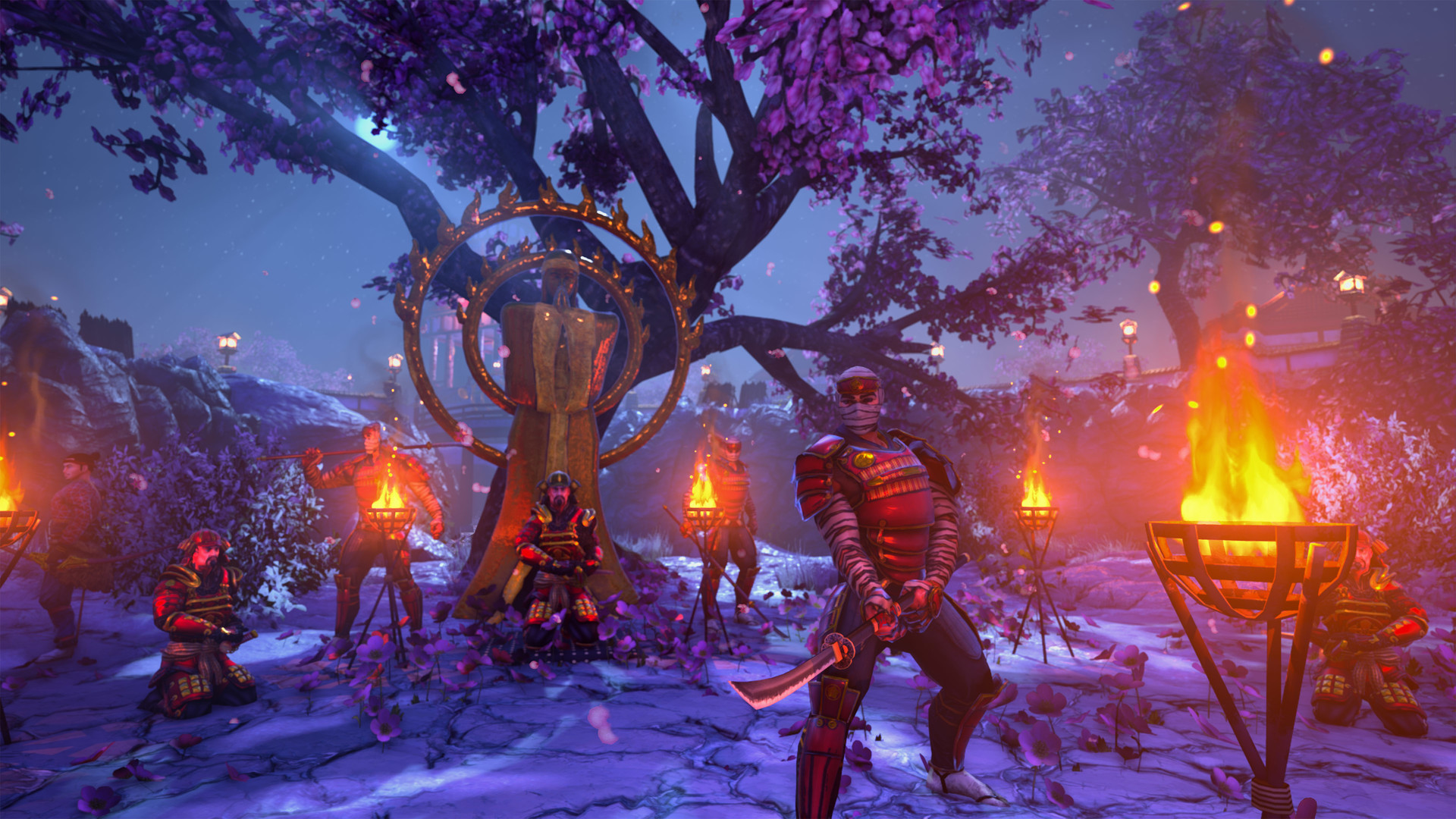 September is primed to be a busy month for gamers who dig feudal Japan, with games like the ninja stealth title Aragami 2 scheduled for release. That game isn't much about combat, though, which is where Hanako: Honor & Blade from indie developer +Mpact comes in. This one lets teams of samurai and ninja hack it out in both co-op and large-scale PvP battles. After years in Steam Early Access, it will finally launch in full on September 15.

Hanako is a game about two warring samurai clans. As it turns out, the game's road to release is nearly as interesting as the conflict it depicts. While it spent four years in the Steam Early Access program, Hanako has actually been in development for a whopping 14 years. Team lead Matt Canei designed parts of the game in tribute to his deceased mother:

The Hanako clan represents health and goodness in the spirit of Matt’s mother, and the Yamai clan symbolize the opposition to life inherent in cancer and other diseases. The natural balance of the opposing forces metaphorically represents real-life tragedies while seeking to honor those lost.

That's a surprisingly poetic design for a game that's all about stabbing and slashing opposing samurai warriors. Of course, the combatants aren't limited to only samurai. Hanako features four playable classes: swordsman, spearman, archer, and ninja. Hanako's main selling point might be its 12-versus-12 PvP battles, but it also features cooperative gameplay. First, any mode can be played against bots, so players don't just have to fight each other. Additionally, the game features PvE maps that function like a horde mode. Up to four online players can band together, select a map and difficulty, and then fight to survive waves of AI enemies. Given the game's authentic classes and attention to detail, PvE should be lots of fun.

Hanako: Honor & Blade is currently available in Steam Early Access for $14.99. It will fully launch on September 15, gaining the Yamai Castle Raid map in the process. Start sharpening your swords, Japanophiles!