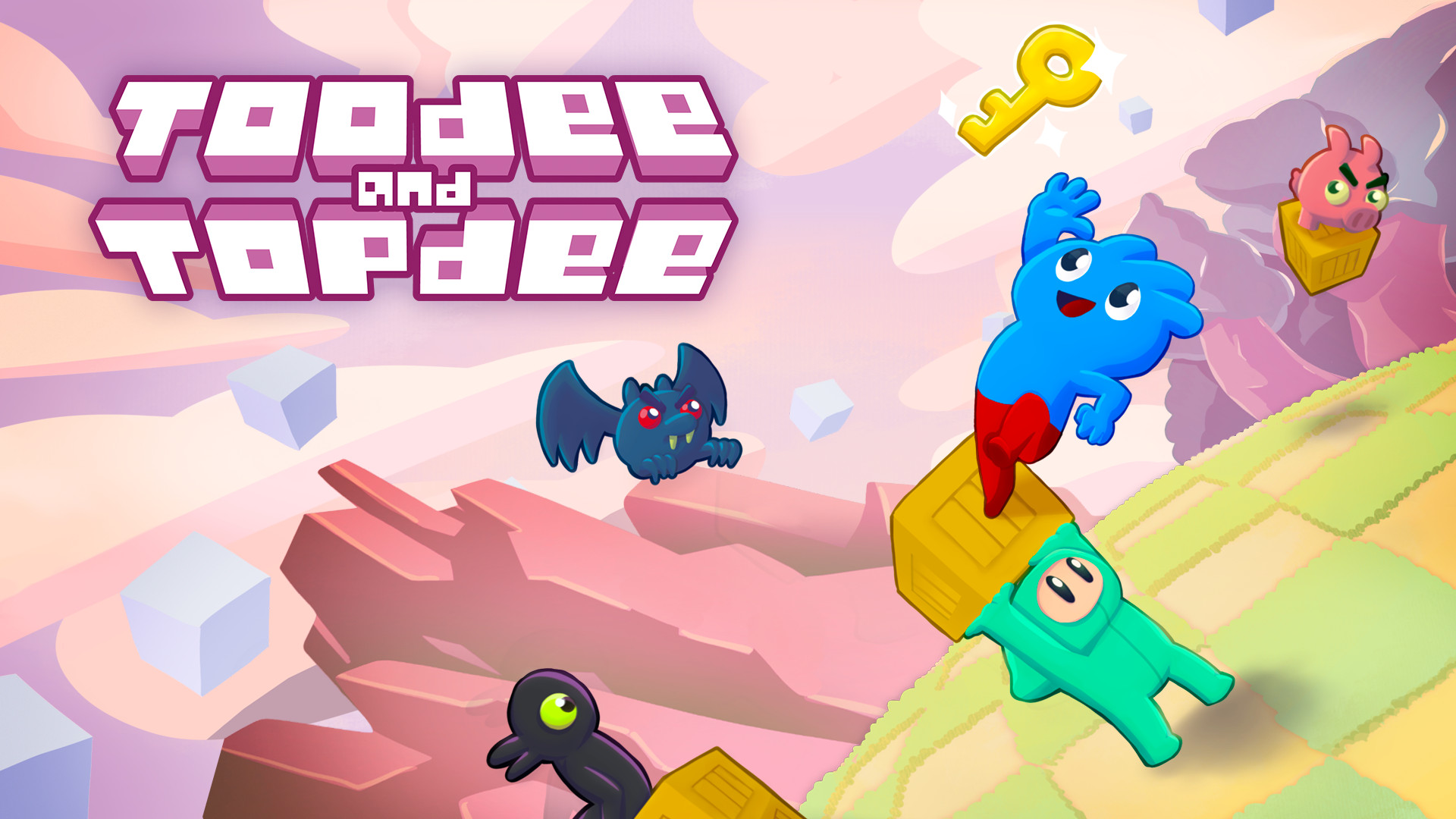 Toodee and Topdee is the first Steam release from 2-man indie developer Diet Zribi. A challenging and colorful platformer, the game involves switching back and forth between a flat 2D perspective and an angled 2.5 view. Each of the protagonists can only move around in one perspective or another, making the game perfect for local co-op play. It will arrive on Steam on August 4.

The name Toodee and Topdee is very punny - the game features both a 2D and 'top-dimensional' perspective, after all. The titular protagonists are on a quest to "find the missing semicolon and return the balance to the universe," whatever that means. Semicolons are certainly mysterious for some people. Don't even get me started on commas! Players will switch between Toodee and Topdee, with each character's perspective affecting the game mechanics. The 2D view plays like a precision platformer, whereas the Topdee view plays like a top-down puzzle game like Mina & Michi. Given the unique premise here, the game certainly looks like it will provide a unique experience.

As with recent puzzle platformer A Tale of Synapse, Toodee and Topdee's single-player mode requires one player to control both characters. Local co-op allows a second player to take over as one of the characters here. This should ease some of the toughness by dividing it between both players; you'll certainly want the most skillful player on platforming duties.

Toodee and Topdee is set for release on Steam on August 4. If it plays as well as it looks, we'll be hoping for a console release in the future as well.