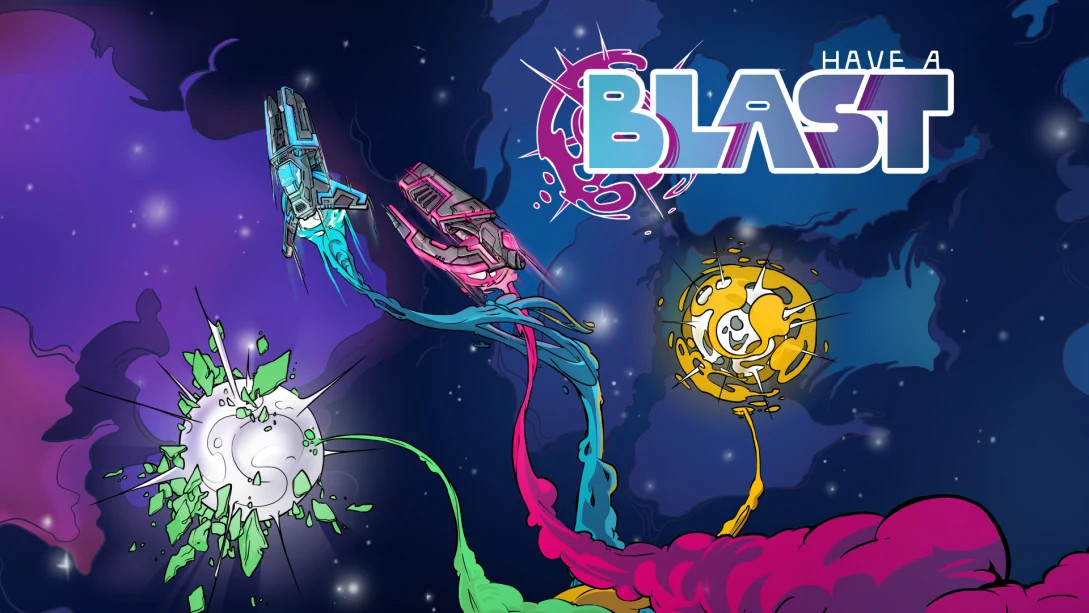 The goal when playing video games is nearly always to have a blast. That goal is usually implied, but there's nothing wrong with making it explicit. That's exactly what Have a Blast, an upcoming arena-based party shooter, dares to do. It promises at least one blast to both Switch and Steam players when it launches on August 26.

Have a Blast is a colorful arena-based shooter that somewhat resembles an advanced version of Asteroids. Hey, the founder of this site made a game kind of like that! Anyway, this one features five playable ships that each have a unique ability and fifteen different arenas in which to blast bad guys or each other. Bots can be enabled in multiple modes. Matches top out at four ships. Thus, local co-op is limited to 2 human players versus 2 AI enemies. The Steam version can also play online via Remote Play Together.

Have a Blast will arrive on Switch and Steam on August 26. Preorder the Switch version for a 20% launch discount on the regular $17.99 price. Are you ready to have a blast or two, gamers?