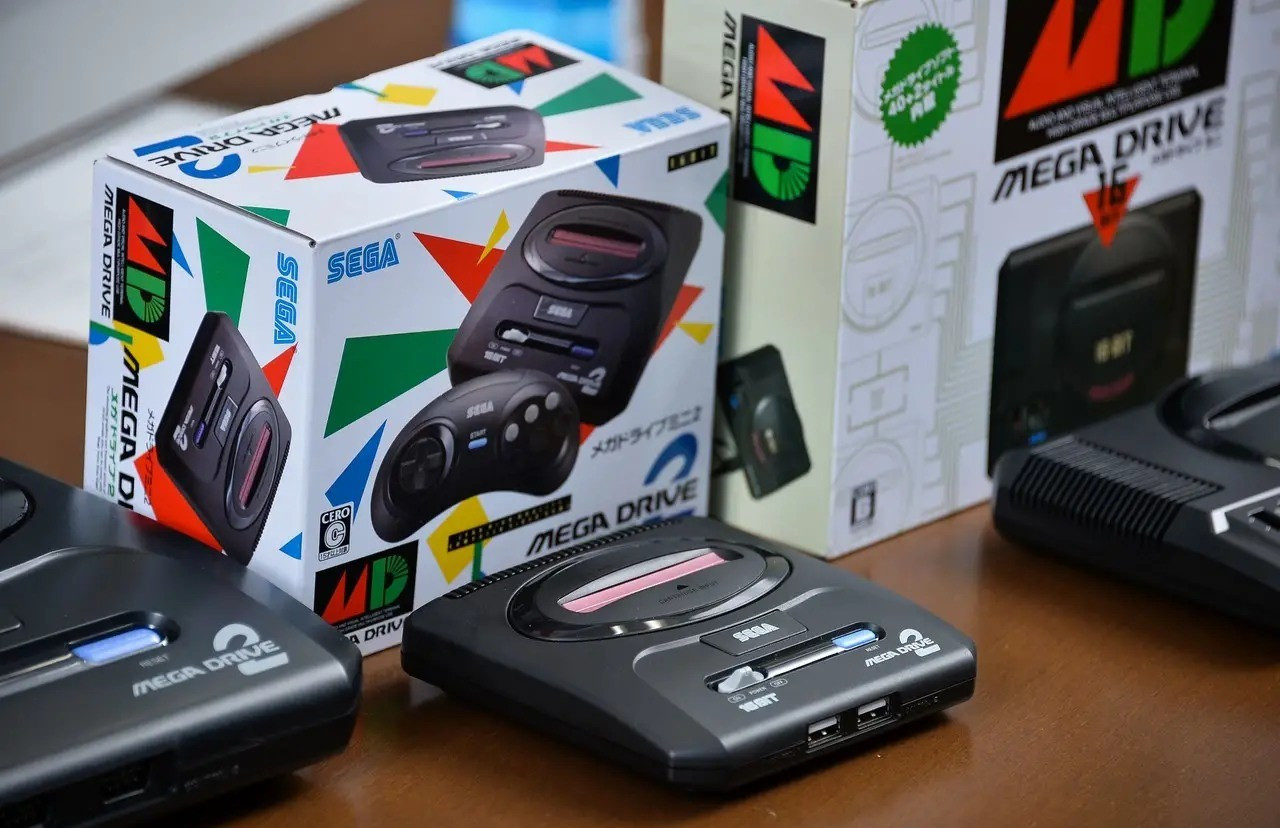 Today, Sega of Japan announced a new mini console, though it might not be the one that fans really wanted. The Mega Drive Mini 2 is a miniature version of the Mega Drive 2 (known as the Sega Genesis 2 in North America). It's not just a reskinned Mega Drive Mini, though: the new console will feature 50 games from both the Genesis and Sega CD library, as well as an improved UI. No worldwide announcement has been made yet, but it does look pretty sweet. The Mega Drive Mini 2 will include 50 games in total: 20 CD games and 30 cartridge games. Only 11 have been announced so far, with more announcements coming in the future. These include: Of the 11 games announced so far, Bonanza Bros. is the only one confirmed to be co-op. Bonanza Bros. is a split-screen stealth action game that originated in arcades. It was ported to the Sega Genesis, Sega Master System, PC Engine, and home computers. The arcade version is included on the Sega Astro City Mini.

The original Sega Genesis Mini included two exclusive games: Darius and Tetris. The Mega Drive Mini 2 will feature a new version of Fantasy Zone. The new Fantasy Zone is listed as supporting 1-2 players, but the listing probably means that the game will support 2-player alternating play rather than simultaneous. It would be awesome if it supported co-op... We'll keep you informed! The Mega Drive Mini 2's software is once again developed by the emulation wizards at M2. Some of the new mini console's features include:

Sega will also sell an optional Mega CD 2 add-on called the Megadora Tower 2. The add-on (including the mini Virtua Racing cartridge) is purely cosmetic in function. it can be used with the original Mega Drive/Sega Genesis Mini as well via a spacer. The door of the Mega CD 2 Mini will open, revealing a mini disc inside. If you're wondering why Sega chose to make a new Mega Drive Mini rather than a mini Saturn or Dreamcast, the answer is revealed in an interview with Yosuke Okunari, father of the Mega Drive, at Famitsu. It comes down to expertise and cost. Sega can use the same board as the original Mega Drive/Genesis Mini and can even use the same controllers with the new model. Miniature Sega Saturn and Dreamcast consoles would require stronger internal hardware, so they would be more expensive to manufacture. Let's hope Sega makes those mini consoles happen eventually!

Will Sega announce these products for North America and Europe as well? We'll let you know if they do. Update: The Sega Genesis Mini 2 has been officially announced!

Thanks to Jake McNeill of the Sega Mini Classics group for his help with this story.