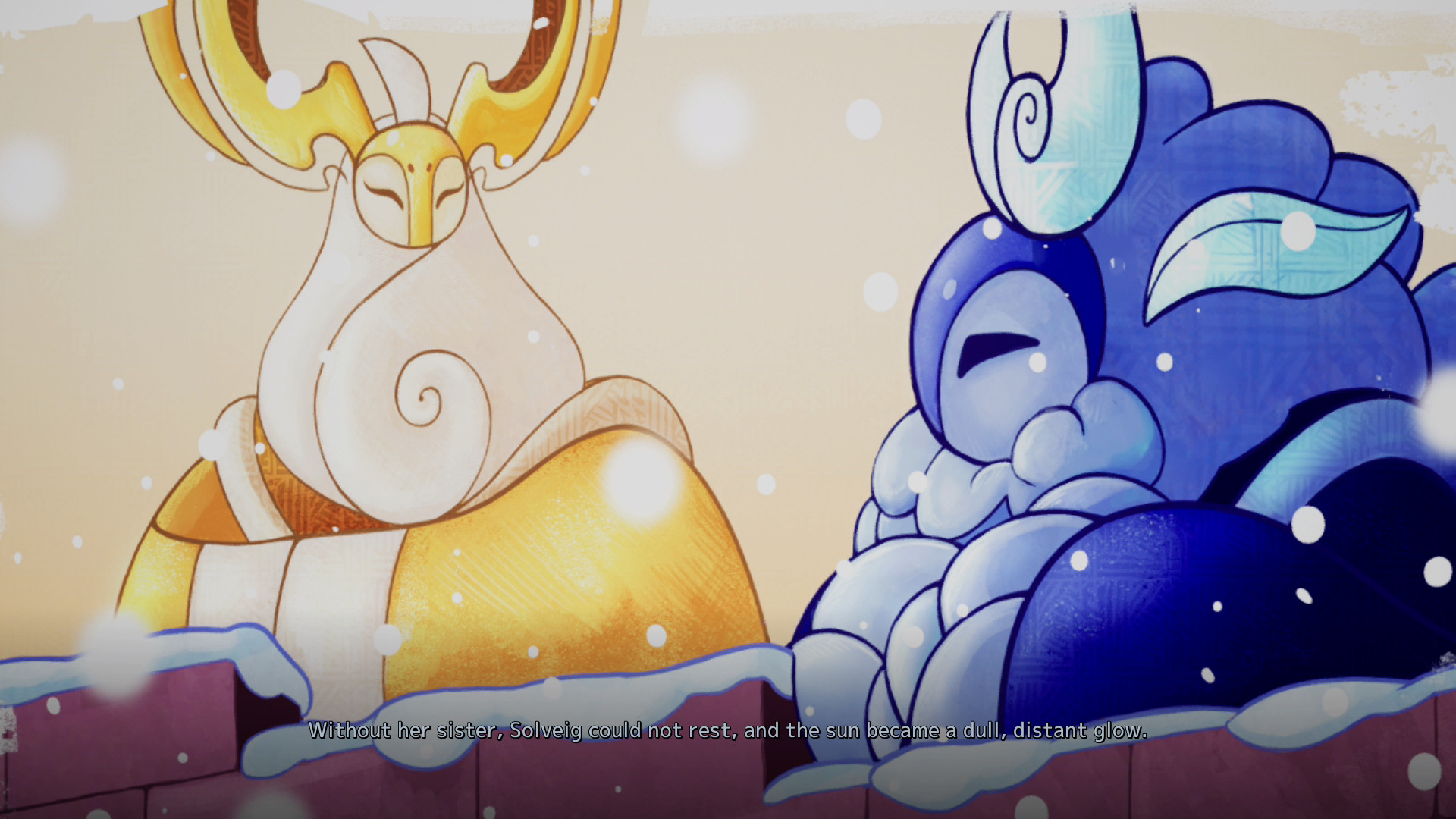 Zorya: The Celestial Sisters is a cooperative puzzle adventure in which two sister goddesses, one of the sun and the other of night, must work together to restore the fallen sister's powers and return her to the sky. It's a co-op-only game that supports both local and online co-op, with the free base game acting as a friend pass as long as one player owns the full game DLC. Thankfully, the full game is currently on sale for quite cheap on Switch, making this a great time to grab a copy for some lovely mythological puzzle-solving.

If the Zorya sisters of the game bear a passing resemblance to the Zorya sisters of Neil Gaiman's novel American Gods, that's because both interpretations are based on Slavic mythology. In the story of the game, the night goddess has been tricked by Odin's ravens into leaving the sky, stranding her on earth. The lack of night causes the sun goddess to whither over time, bringing the world into an ice age. Eventually, the sun goddess finds her sister on the earth and begins a rescue. Zorya: The Celestial Sisters can't be played solo; it's exclusively cooperative. Co-op works via 2-player split-screen or online play. The Switch and Steam versions can play online together, which is really cool. What's more, only one player needs to own the full game. The free base game acts as a friend pass, allowing both partners to play the full game together!

The game is asymmetrical in nature. One player controls the sun, viewing each level from a distance. The other players as the moon, navigating levels on foot but limited to the shadows. The sun player can shift in the sky, causing the shadows on the ground to stretch and move around. The goal of each level is to help the moon player safely reach a piece of her essence, slowly restoring her powers. It's quite a unique and magical game.

The base game of Zorya: The Celestial Sisters is free to download on Switch and Steam. The Full Game DLC normally sells for $24.99. Right now, though, the Full Game DLC on Switch is on sale for $9.99. That's a great price, so be sure to grab it before the sun sets on the deal!