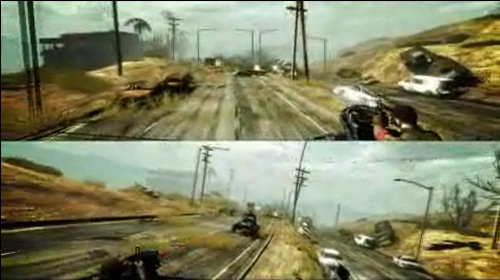 Warner Bros has just released a brand new trailer for the upcoming Terminator Salvation game on the Xbox 360 and PlayStation 3.  The trailer shows off the game's 2 player split screen co-op mode.

I was surprised to see the number of vehicle sequences in the trailer, and the game definitely isn't short on the action.  The real question is, who is the co-op player?  Is it a John Connor clone?  An unamed recruit into the resistance?  Whoever the players end up being, they are going to be blowing up a crap ton of robots.