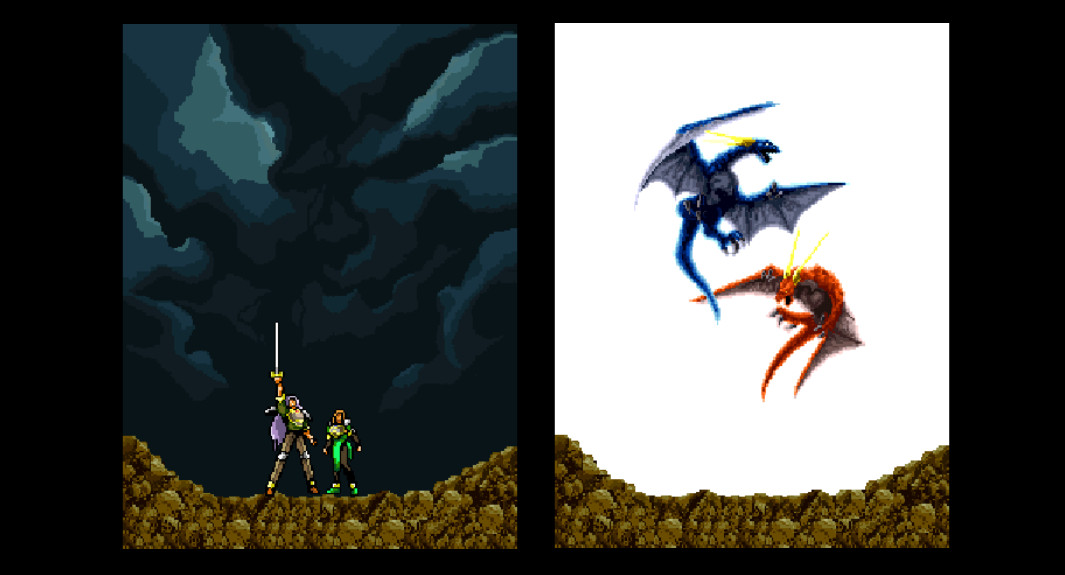 Japanese publisher Hamster is slowly but surely releasing a vast library of classic arcade games on modern consoles via the Arcade Archives label. The latest Arcade Archives release is Dragon Saber: After Story of Dragon Spirit. A vertically scrolling shoot 'em up that rarely gets ported to consoles, Dragon Saber lets two players become flying dragons to save a fantasy kingdom from monsters.

Dragon Saber is the sequel to 1987's Dragon Spirit (which is also available as an Arcade Archives release). This one originally released by Namco in 1990. Prior to the Arcade Archives version, the game had only been ported to PC Engine, the original PlayStation, and Wii in Japan. Dragon Saber begins with a human prince and his partner Siria transforming into colorful dragons. The game has two fire buttons: one for aerial foes and one for ground targets. Releasing the fire buttons will charge up a powerful attack. Collecting weapons will transform dragons into new forms such as a two-headed dragon. Dragon Saber is memorable not only for its premise, it also features huge bosses, gorgeous artwork, and a catchy soundtrack.

Arcade Archives: Dragon Saber supports 2-player local co-op. Get it for $7.99 on PlayStation and Switch.