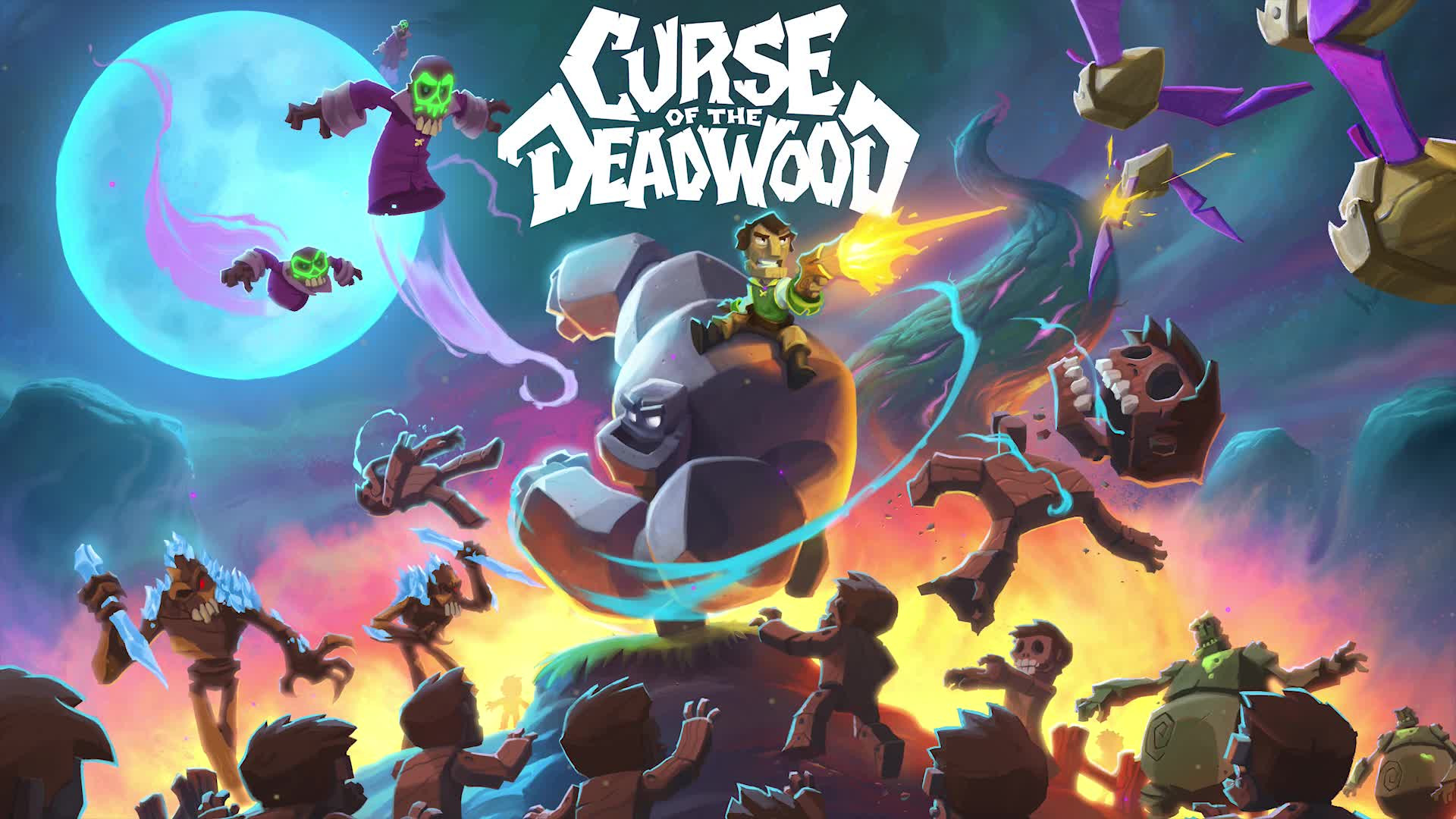 Steamroller Animation is a studio that has contributed animations to Fortnite, Dauntless, Mortal Kombat 11, and countless other games. The company is now gearing up to release its first game, one seven years in the making. Curse of the Deadwood (formerly known as Deadwood: The Forgotten Curse) is a twin-stick action/shooter with asymmetrical gameplay and 2-player local co-op. It's coming soon to Steam and Steam Deck, and it looks great.

The game takes place in the fantasy world of Knottington. When an ancient spell is broken, a curse gets unleashed on the land. The Deadwood are a diverse race of monsters seemingly made of wood. It's up to a young Woodling named Lathe to stop them. He teams up with Roguard, a mysterious stone giant. The story will come to life via fully-voiced cutscenes. Gameplay in Curse of the Deadwood is unique due to the symbiotic and asymmetric nature of the characters. Lathe rides on the stone giant and fires ranged weapons via twin-stick aiming. The giant relies entirely on melee attacks. Thus, the two heroes work together to cover all the bases and defeat the Deadwood threat. Each of Lathe's ranged weapons has an upgrade tree, so it sounds like the single-player experience will have more of a ranged focus than melee.

Curse of the Deadwood supports 2-player local co-op. It launches on Steam with full Steam Deck compatibility on Thursday, July 28.