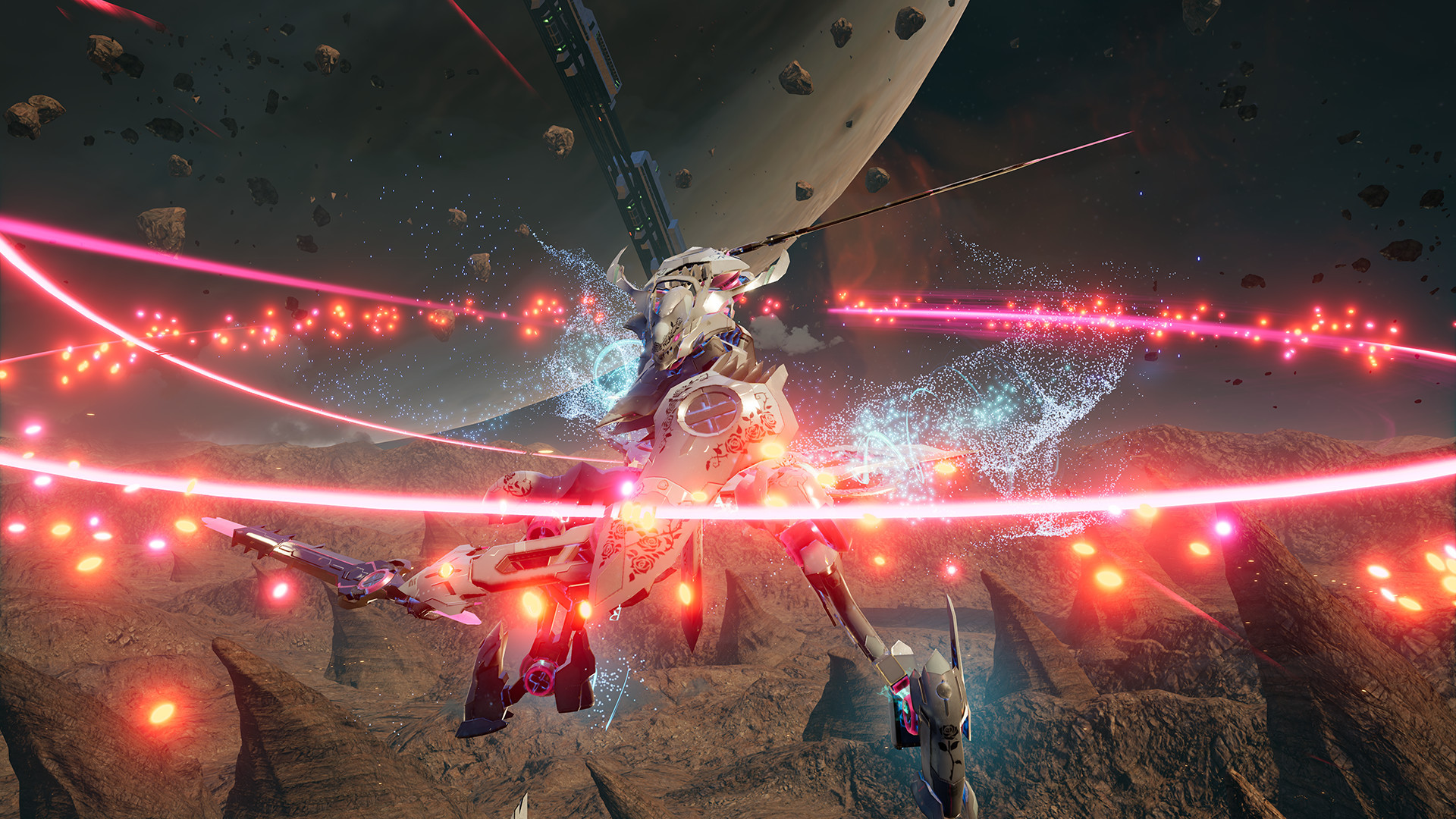 Japanese developer HexaDrive has worked on plenty of games for big publishers, including titles like Super Bomberman R, Final Fantasy XV, and Okami HD. Now the studio is gearing up to unleash a PC game of its very own. VOIDCRISIS is a gorgeous "tower offense" game in which up to four players team up to pilot mechs and thwart mysterious alien invaders. It will launch on Steam Early Access at the beginning of August.

The game takes place in the year 2222 following two galactic wars. To settle differences between humanity's seven warring factions, an artificial battlefield called the Fight Domain has been built. There, pilots from each faction will step into mechs called Vital Armors and compete against each other. Before the final testing can finish, hostile, photon-based beings called the Non-Carbide appear on Callisto, one of Jupiter's moons. A time distortion appears in the Fight Domain and begins to expand. Only the pilots of the Vital Armors can stop the Non-Carbides and save time itself! VOIDCRISIS is a tower defense-type game in which players can move around and fight enemies directly. The ability to go after enemies is why HexaDrive calls the gameplay "tower offense." Non-Carbide enemies will attack in increasingly challenging waves that culminate in gigantic boss battles. The zones are described as "ever-changing," with turret placement and enemy invasion routes changing each time. VOIDCRISIS will launch on Steam Early Access on Wednesday, August 3. It will support up to 4-player online co-op. Learn more about the game at VOIDCRISIS.net.