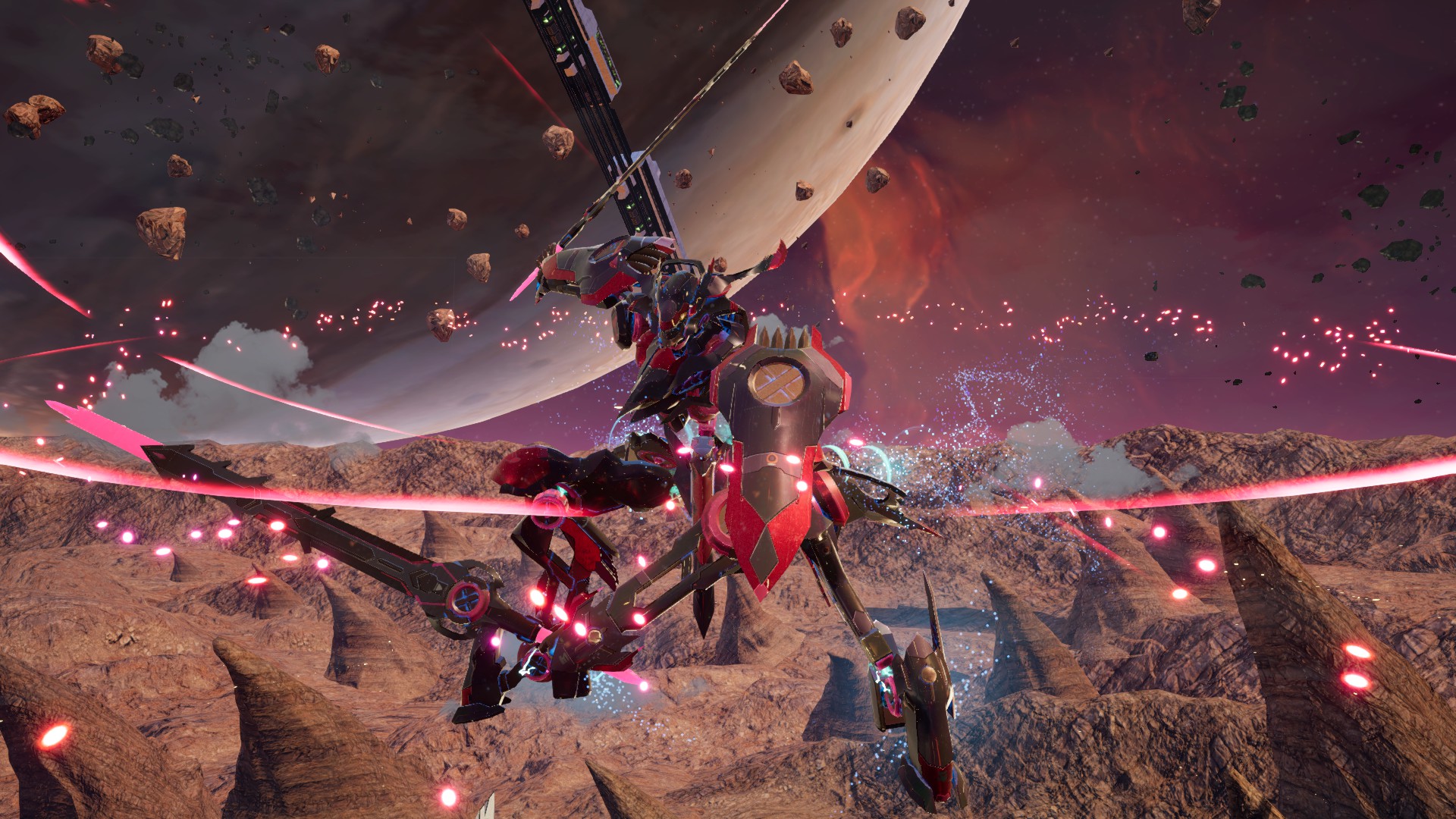 VOIDCRISIS, the mech-themed "tower offense" from HexaDrive, emerged on Steam Early Access a few months ago. After a string of updates, the game has finally graduated from Early Access and reached official launch status. As an online co-op focused title, VOIDCRISIS will still see regular updates for the foreseeable future. We played several 4-player co-op sessions with the pre-launch version and had a fine time despite some rough edges, so we're excited to see how the game has evolved since then. Screenshots from the Early Access version of the game

In VOIDCRISIS, players can start a solo game or party up to take on challenging levels against AI players. The goal in each level is to destroy a series of cores along the path to the level's boss and then take out the big guy. The enemy AI constantly generates new mobs of attackers, so players also have to defend the team's own core back at the starting point. Energy dropped by enemies allows each player to purchase upgrades for their mech and/or the core, increasing the team's chance of survival.

After the team successfully defeats the gigantic mech boss and wins the level, everyone earns experience to increase their overall player levels. Reaching new levels will unlock new mechs (you start with only one option) and other enhancements. Wins also reward cards that can be equipped to provide stat boosts, though we found the card system a bit confusing. During my time with the pre-launch version of VOIDCRISIS a couple of months back, I was most impressed by the game's gorgeous mech designs and unabashedly Japanese story and setting. The voice acting is very good too, but some voice samples repeat too frequently during matches. Speaking of matches, flying around the randomized levels at will and fighting alongside friends is pretty fun, though the movement and pace of the game were a bit slow. Enemies do a lot of damage to the player and defensive options are quite limited, leading to frequent respawns. Still, these issues could certainly have improved since we played the game in August. HexaDrive plans to release further updates as well, so VOIDCRISIS looks to have a promising future ahead of it.

VOIDCRISIS supports 4-player online co-op. The game sells for $29.99 on Steam. Alongside the full launch, the VOIDCRISIS soundtrack is now available as an $8 DLC purchase as well.