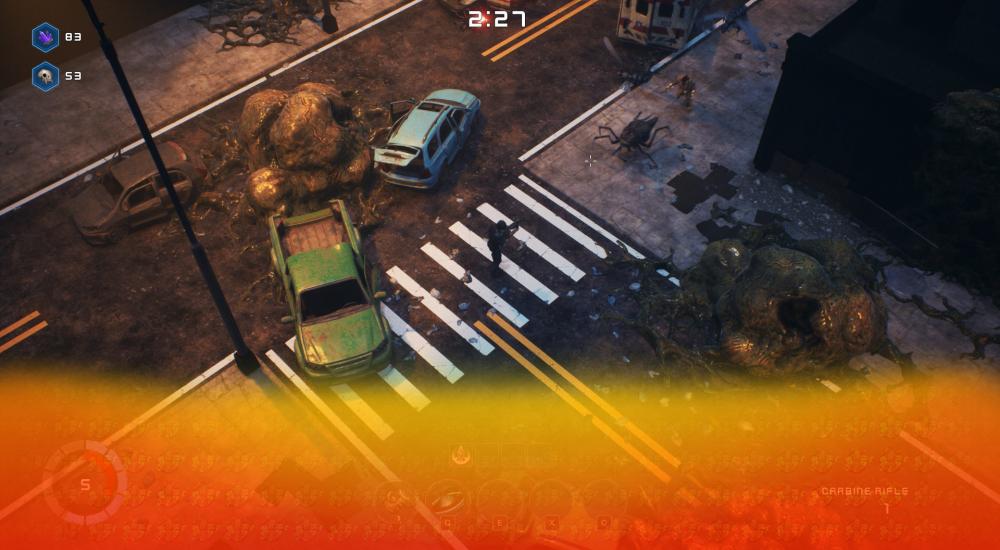 We haven't had the full four player co-op crew together in a while, but no matter. Locke, Mike and Nick dove headfirst into Rift Loopers, a twin stick rogue-lite game that's part Vampire Survivors, and part Red Solstice.

The basic premise is this - you jump into a wasteland filled with giant bugs, humanoids, and other creepy-crawly things and blast them to bits. Collect the Doo-Dads™ and level up your character unlocking new active and passive abilities. In less than three minutes you'll be dead and you'll need to use your Doo-Dads™ to permanently buff your character.

There's four character classes and one level in the Early Access version coming next week - but developer Monster Tooth Studios has a roadmap that takes the game to next spring with plenty more content to come. Check our gameplay below as we give our live impressions of the four player online co-op game.

Rift Loopers will launch on Steam Early Access on September 22.