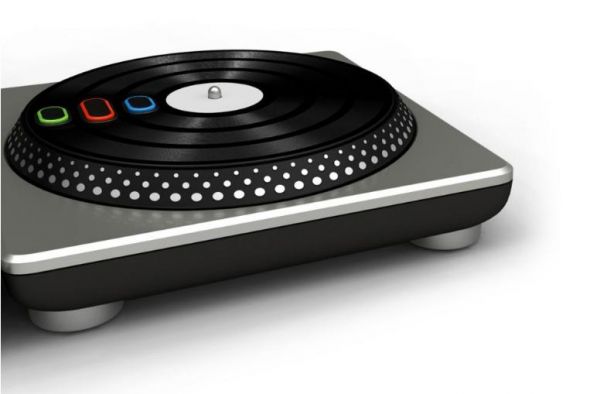 Activision has released a huge amount of information about a whole slew of upcoming music games.  Not content with one big release, they've got a quartet of games ready to go for the always crowded fall video game release schedule.  (Insert your own witty comment about quantity vs. quality here.)

First up is the imaginatively named Guitar Hero 5.  This sounds like the most co-op friendly of the lot, with an emphasis on drop in/drop out shredding action.  Also, changing instruments and difficulty levels on the fly will be implemented, which is certainly a party friendly idea.

Band Hero is on the way, as well, and the focus will be on family friendly gameplay.  Band Hero will be rated E10+, and the music selections will be top 40 hits.  Here's hoping they throw a bone to us moms and dads when the set list is revealed.  80s pop could be a blast.

Two long rumored games are finally made official: Guitar Hero Van Halen, and DJ Hero.  The Van Halen game is pretty much what you'd expect, and will be out "in the second half of the year", which might verify the rumored 8/31 release date.  DJ Hero details are scarce now, but the controller has been revealed.  No information at this time as to whether co-op will be included in the turntable game.

No platforms have been announced yet, and no release dates have been confirmed.  Just when I was coming back around to Activision's side, due to GH Metallica and Smash Hits, we get this news.  What are your thoughts?  Is this an attempt to win the rhythm game wars by sheer numbers?  Simply broadening the appeal of the brand?  A blatant cash grab?