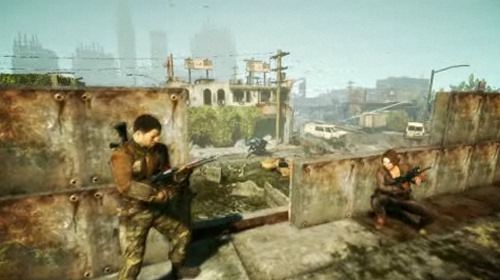 A few days ago we told you about the Terminator Salvation Twitter game.  It's a unique mix of social networking and guerilla marketing.  Not content with taking over one social network, Skynet is expanding to the likes of Facebook and the iPhone.

The iPhone/iPod Touch game will set you back $9.99 and features a fully playable 3D campaign.  Sadly, there's no co-op to be had.  In fact, in general the the Apple App store is short on cooperative games.

Not to worry though, a free and pseudo co-op Facebook game has launched for Terminator Salvation.  The game looks to mix social networking with a strategy style board game.  In a way, it's sort of social co-op.

While you make the decision on what piece of your life you want Skynet to take over, how about a new trailer?  It really shows off how much the game is looking like  a Gears of War style game.