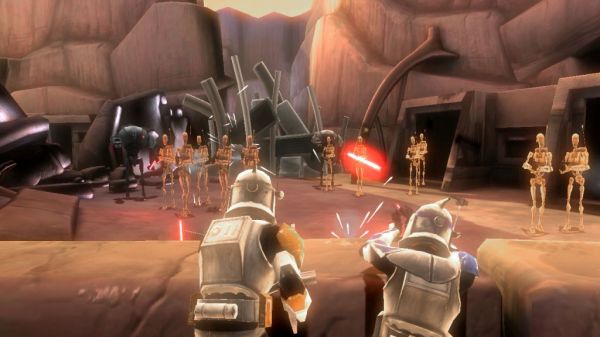 Our Bothan spies have returned with several new details for the recently announced Star Wars title.  The biggest news is that Star Wars The Clone Wars: Republic Heroes will feature online cooperative play for the Xbox 360 and PlayStation 3 versions of the game.  This goes along with local co-op as well as drop-in and drop-out support for two players.

Lucas Arts has also released a hi-definition version of the trailer, as well as a handful of tasty clone filled screenshots.  It looks as if players will be able to take the role of not only the clone troopers, but Jedi as well as they make their way through the game's cooperative campaign.

After watching the trailer, September seems so far away.