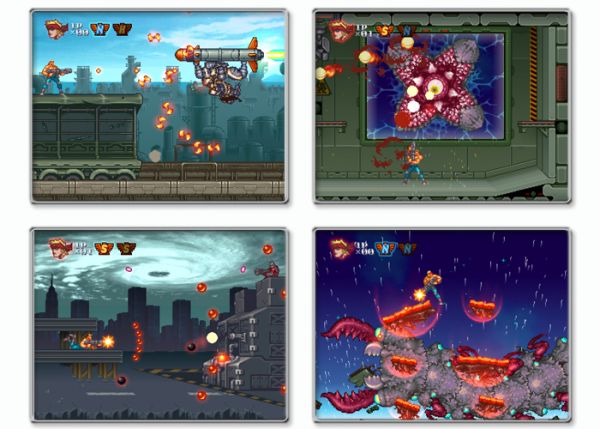 It's a good week to be a fan of old school co-op!  One of the most beloved franchises in co-op history is headed to the Wii.  The appropriately titled Contra Rebirth will be released on Japan's WiiWare service next week.  As you can tell from the screenshots above, Contra Rebirth is quite retro, looking like it popped up out of a Super Nintendo cartidge.

As a classic game fan, I love to see new entries in old school series released on download services.  Mega Man 9 seems to have gone over well, and I am sure Contra Rebirth will too.  No word yet on when, or if, Rebirth will hit other regions, but we sure hope it's soon.  In the meantime, check out the first gameplay footage.