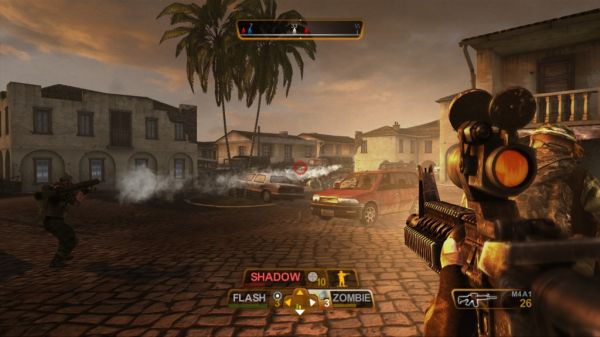 Raven Squad: Operation Hidden Dagger is an upcoming FPS/RTS hybrid game for the PC and Xbox 360.  Southpeak Interactive has released a bunch of new screens of the game, showing off the various ways to play.  At any time players can switch from a first person view to a traditional top down RTS view for complete control.

Raven Squad is set to feature a two player co-op mode throughout the game's campaign, which could make for some interesting play tactics.  The possibilities of teamwork with one player in first person view and the other taking a commanders overview look is really powerful.  Imagine being able to call out enemy locations to your teammate before he even sees them.  Sounds like a lot of fun to me.

The game is set to be playable at E3 next month, so there should be some decent impressions when the time comes.  For now enjoy the handful of screens we've got.