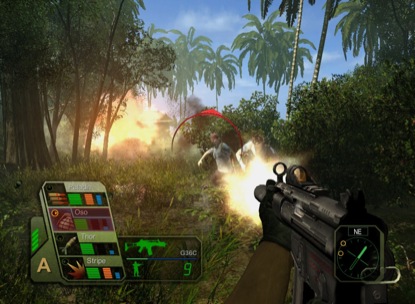 This just in from the "Eh?" department...  The rather generic yet still annoyingly long-titled 'Raven Squad: Operation Hidden Dagger' is coming soon to your Xbox.  Almost nothing is known about the game, save that it was a FPS, then a RTS, and now is a FPSRTS hybrid.  (Anyone got a spoon for that alphabet soup?)  XBox360Fanboy tells us that the first reports told of no support for Live at all!  Perhaps someone got smart and decided that if you are going to make a generic sounding game it better have some support for this generation's best feature: you know, the INTURWEB.  Al Gore would be happy to see that Live support was added in, and co-op to boot, which also means we'll actually follow this game here at Co-Optimus!