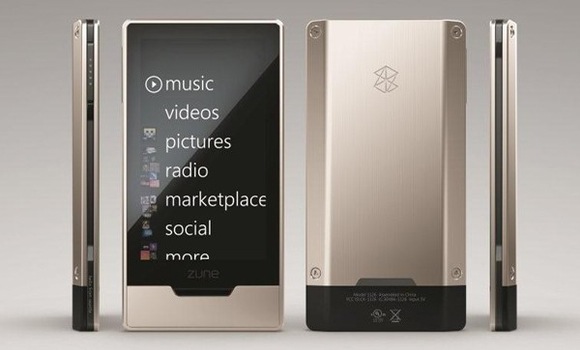 Microsoft has just announced the ZuneHD.  The long rumored device became official today via a Press Release.  But what does it have to do with co-op gaming?  Perhaps more than you expect.

One of the core concepts of Zune has always been around the social aspects, the original was the first player that let you share songs wirelessly with other Zune users.  The ZuneHD looks to take this a step further by integrating with the Xbox and a brand new Zune Marketplace on Xbox Live.  Could this mean integrated friends lists on our portable media player?  Could we be receiving Xbox Live messages from friends asking them to journey with them in the world of Sacred 2?  We can only hope.

As for the tech specs, this sucker is a beast.  It packs a 480x272 pixel OLED touch screen with built in flash memory (sizes aren't specified yet).   The device will also have a full internet browser and the ability to stream music from the internet.  HD radio is also included, as well as HDMI output via a dock connector for 720p video playback of HD videos.

The Xbox Live Video Marketplace is being re-branded the Zune Marketplace and all videos and music content purchased on it are not only playable on your Xbox, but on the new ZuneHD as well.

Finally there's a rumor that we'll be seeing a full suite of games available for the device, possibly even your existing Xbox Live Arcade titles.  We won't know the details for sure until E3 next week.  But there's more possibility here for co-op gaming for sure!

For further info check out the recently launched official site at http://www.zune.net/ZuneHD.