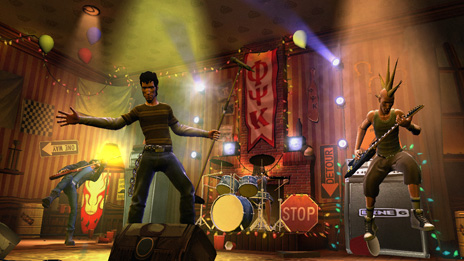 All sorts of pre-E3 information is rolling out all over the internet, and we've got some information about the Guitar Hero franchise for you.

First off, Activision is running a contest and giving away 5 sets of tickets to 5 different concerts to promote Guitar Hero 5.  In addition, registering for the contest allows you to download a free MP3 from Wolfmother, "Back Round".  That song will be featured on the Guitar Hero 5 setlist when it launches on September 1.

Second, and in my opinion, most exciting, is a bit of free content for Guitar Hero World Tour.  Stan Bush's "The Touch", featured prominently in the 1986 Transformers movie, is now available!  While it wasn't my favorite tune from that flick's soundtrack (LION, baby!), it's certainly a fine example of 80s excess.  Good to see Activision throwing fans a freebie for once!