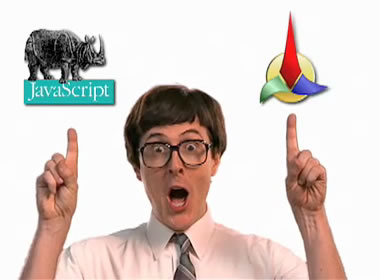 We get press releases all the time, and most are pretty boring.  But every once in a while, one comes along that blows us away.  Such was the case when we received the news that the next Game With Fame night features "Weird Al" Yankovic, and one of our favorite music games, Guitar Hero 5.  We just might wrap up and roll around in a roll of bubble wrap, we're so excited!

"Weird Al" will be playing GH5 on December 15, from 7:00 to 9:00 PM EST.  If you're interested in playing with a musical AND comedic genius, look for the gamertag "WeirdAL GwF".  Just make sure your rims stay stationary, or he might not play with you.

Comedy and music legend "Weird Al" Yankovic will bring his own quirky style to Xbox LIVE® to play Gold Members in a special Game with Fame event playing Guitar Hero® 5. If you're a Gold Member (if you're not a Member, upgrade now!) join us Tuesday, December 15, from 7:00 - 9:00 P.M. ET (4:00 - 6:00 P.M. PT) for the madness. If you get a chance to play with "Weird Al" Yankovic, we want to hear all about it! We'll be posting recaps from gamers all across the country. Send us an email (xboxgwf@live.com) with the subject "GWF -- Weird Al," and be sure to include your Gamertag and home town!

Send a friend request to the following Gamertag and be online half an hour before (6:30 P.M. ET) the Game with Fame session starts:

What is there to say, or what isn't there to say, about "Weird Al" Yankovic? Since his first released recording in 1979, he has 12 studio albums with 28 Gold and Platinum certifications, numerous EPs and music videos, three Grammy Awards and a 2009 nomination for his digital-only EP Internet Leaks, and has sold more comedy recordings than any other artist in history. Available now, The Essential "Weird Al" Yankovic combines 38 of his greatest hits into a two-CD package encapsulating his career from his 1983 self-titled album all the way to the Top Ten Billboard album Straight Outta Lynwood released in 2006.

This collection is the latest addition to record label Legacy's prestigious Essential Series, and is two and a half hours of Weird Al at his absolute best, from classics such as "Another One Rides The Bus" and "Eat It" to new hits including "White & Nerdy" and "Trapped in the Drive-Thru."