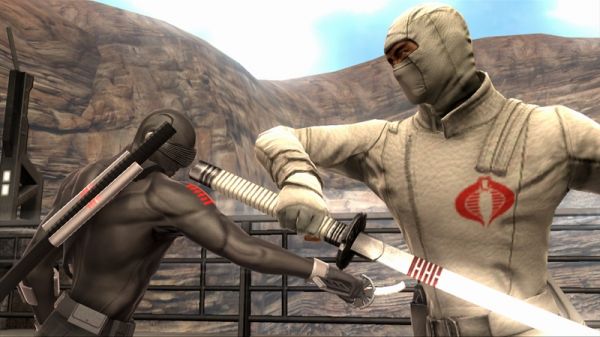 EA has released a set of new screenshots for the upcoming two player co-op G.I. Joe: The Rise of Cobra for the Xbox 360 and PlayStation 3.

There's not much to say about the local only co-op game, the screenshots look a little on the weak side for a next-gen game.  Perhaps it's better in motion?  We won't get our hopes up considering it's a movie licensed game, but sometimes there are gems in the rough.  In this case the gems would be wearing ninja outfits.