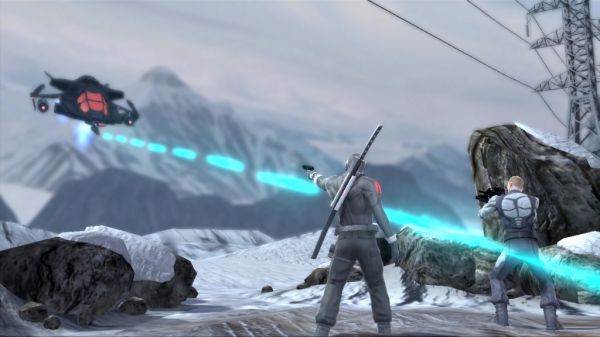 There's still not much information in the way of the upcoming GI Joe games from EA.  We know they'll have some local co-op action, so you and a friend can argue exactly who gets to be Snake Eyes.  Other than that, we know it's based on the upcoming live action movie of the same name.

Today we get the first screenshots from the Xbox 360 version of the game.  The screens actually show a bit of the co-op aspect, but really don't give us much in the idea of gameplay.  We really wish we knew...because knowing is half the battle.