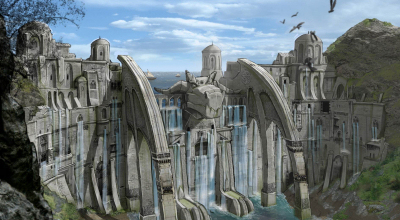 A few weeks ago Vivendi announced a brand new Spyro game.   We knew a only few things about this multiplatform title (PS2, PS3, 360, Wii).

We know the game is called The Legend of Spyro: Dawn of the Dragon and it will be the first Spyro game available on the next-gen platforms.  We know it will feature drop-in/drop-out cooperative play.

And now we know that the game will feature a Hollywood style cast with voices provided by Elijah Wood (Frodo Baggins in The Lord of the Rings trilogy) and Gary Oldman (Sirius Black from the Harry Potter films).   Wait you say!  Both Frodo and Sirius were in the previous Spyro games.   And like a cheap TV informercial I have to tell you - "Wait there's more!"  Rounding out the voice cast is  Christina Ricci, Blair Underwood, Mark Hamill and Wayne Brady, rounding out an all-star voice cast.

The Legend of Spyro: Dawn of the Dragon will be available this fall.  I'll be Christina and you can be Wayne Brady!