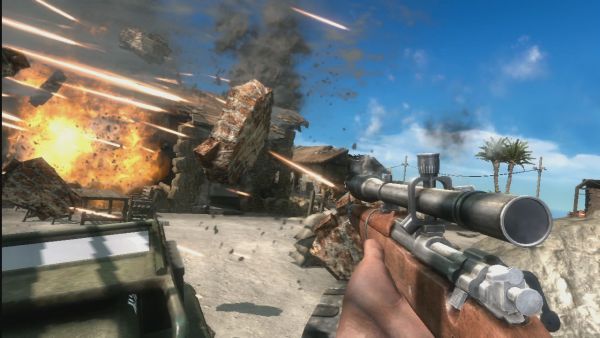 As I type this, I'm filing it in the back of my mind for a future Battlefield Report. While it's not an intimiate battleground tactic, DICE has implemented a feature in the upcoming Battlefield 1943 that is cooperative in nature: a "community unlockable map".

In addition to re-tooled iterations of the original Battlefield 1942 maps Wake Island, Guadalcanal, and Iwo Jima, each console version will automatically unlock a third map -- Coral Sea -- when 43 million kills are reached by its respective community.

Granted, players really don't have to do anything except play the game, but the prospect of having a universal goal and subsequent reward for all players is the heart of co-op. Everyone plays, everyone wins.

Thanks to our friends at Colony of Gamers for digging this up.