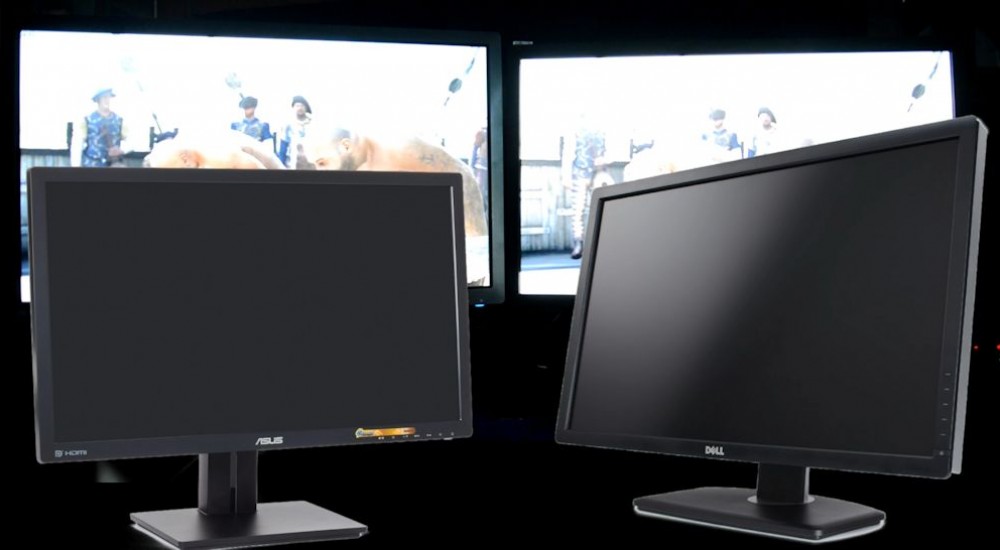 A few weeks back I suddenly found myself without a monitor. With a blank slate in front of me I started to decide what exactly I needed and wanted in a monitor. Gaming was obviously first priority, but content creation and screen realestate was big too. Having had an IPS display before, and really enjoying the contrast and quality  it provided, I knew I wanted to go that route.  But the next question I asked - could I live with 1080p or did I want to shoot for 1440p or the elusive 4K resolution.

I settled on 2560x1440 (1440p) as the native resolution of choice, with a new PC build almost complete I wanted something to truly test the new rig. My sights were set on one from Dell, I've always loved their monitors and one of the first LCD monitors I owned from them always topped my list in terms of quality. I found the perfect sale at NewEgg and snagged the Dell U2713H monitor for under $700.

When it arrived I quickly hooked it up via display port and started playing. The colors...wow. Everything popped so vividly. The brightness too, I couldn't believe just how bright the display was. I tweaked with the built in settings a bit but finally settled off on a slight variation of the standard SRGB color mode. After some time with the U2713H though, my eyes were getting fatigued and I noticed a bit of ghosting in games. Disappointed, I decided to start researching further and it appears the monitor is a victim of overdrive ghosting. The short of it is, in order to achieve higher response times manufacturers "overclock" the LCD displays causing a delay in the fall of the pixel to the next color, on bright to dark areas this yields a shadowing effect similar to ghosting from slower response times.

So what was I to do? I decided to order another monitor and do a head to head comparison. For the second 2560x1440 IPS display I chose the ASUS PB278Q, a monitor a full $200 cheaper but with most of the same features and a 5MS response time. Once that arrived, putting both side by side I was in tech geek heaven. Two 1440p displays? I wanted to keep both (unfortunately not in the budget). For the next 48 hours I ran both displays in mirror mode and played dozens of games, watched lots of video content, and used them for various productivity tasks.

Side by side the Dell took an edge at first glance. The color and contrast seemed a bit cleaner, more vivid. Both monitors were set to their SRGB calibrated modes, though it was easy to see both didn't produce the exact same colors. While the ASUS was set at 90% brightness the Dell was at 50% - yet the Dell was still brighter. But this also revealed the Dell's weakness - serious backlight bleeding and unevenness. But what bout the games themselves? ASUS actually offers an option called "trace free" which helps reduce overdrive and tweak the response of the monitor. The end result? A fairly smooth looking image, especially side by side with the Dell. My headaches subsided after extended play sessions. And while the image quality was slightly punchier on the Dell, the ASUS had a more natural look to it. It was only apparent though once I put them side by side and looked at reference video content.

Given the price difference of the monitors and the better performance of the ASUS it was an easy decision to stick with it. I ended up returning the Dell. You can watch my full video review below to see both the Dell U2713H and the ASUS PB278Q in motion.