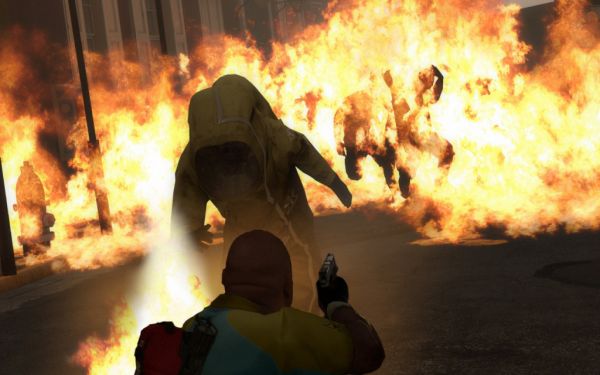 Valve has just released a fresh batch of screenshots from their contoversial Left 4 Dead 2.  In it we get to see some of the new weapons, characters and zombies that adorn the four player co-op sequel.

I'm not sure who the man in the yellow jacket is, but I don't think he's selling girl scout cookies.

We also have the teaser trailer in hi-def format that was on display at E3 2009.  Enjoy!